The continent is “hemorrhaging” money because of the failure of countries to enact strong legislation to check money flows, says Rose Acha, Cameroon’s supreme state audit minister and secretary general of the African Organization of Supreme Audit Institutions.
Instead, uncontrolled transactions are common.

“Whatever the source of your money, we don’t know, but we welcome those who want to deposit money,” said Faison Winifred of Investment Fund, a local financial institution in Cameroon’s capital, Yaounde. “Why … do you discourage the person by asking where is your source of income? We encourage everybody who comes to deposit money. … There is no limit. Whatever amount you want to deposit, we like it.”

Acha says smuggling and trafficking during illegal commercial activity constitute 65 percent of Africa’s financial hemorrhage, while criminal activities — which consist of using funds for illegal purposes, like financing organized crime and terrorism — come next with 30 percent. She says corruption and tax evasion account for the remaining 5 percent of the money lost.

According to the United Nations High Level Panel on Illicit Financial Flows, Africa loses a staggering $50 billion annually. The panel says that is approximately double the amount of official development assistance Africa receives.

African tax and audit experts, meeting this week in Yaounde, said the worst offender is Nigeria, with an illicit outflow of $157 billion from 2003 to 2012. South Africa ranks second with $122 billion lost during that time period, and Egypt third with $37 billion.

Magagi Tanko of the supreme state audit office of Niger says that in Central and West Africa, huge sums of money are transferred illegally and public coffers are impoverished. In addition, illegal financial flows from drug trafficking have spiraled.

Exporters use under-invoicing so they can dodge taxes and bring in less foreign exchange, leaving the rest of their earnings in offshore accounts, he says. 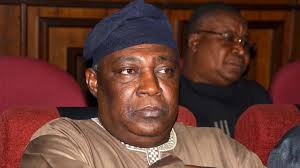 “Parts of the defense mechanism that African governments must employ is to build strong tax legislation and tax policy systems, including tax agreements between countries, especially inter-African countries,” Wort said.

The experts resolved to work with the Stolen Assets Recovery Initiative — a joint effort by the World Bank and U.N. Office on Drugs and Crime — to recover funds, but said the process is long and cumbersome, since many banks remain secretive about their transactions.

They said many of the illicit financial flows also end up funneled through complex criminal rings, severely limiting the ability of law enforcement and tax authorities to trace offenders and eventually recover the money.