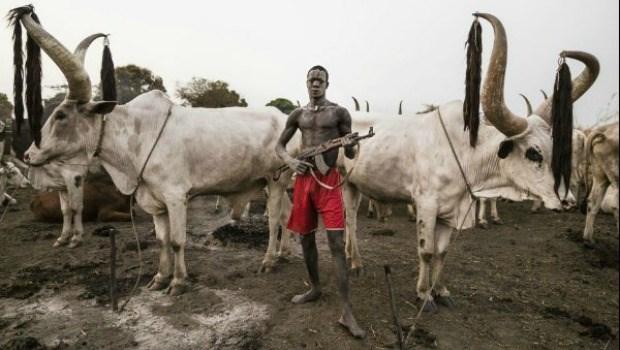 Agriculture, Africa’s largest economic sector, is likely to be central to the growth of the Internet of Things on the continent. Security is the single biggest challenge facing its growth.

The growth of African connectivity has been a big story for years, with the continent rapidly catching up and in some cases — like fintech — pulling ahead of the rest of the world.

As more people get online and smartphone penetration grows, Africa making steps in the direction of the Internet of Things.

A young, tech-savvy generation is crying out for new applications that make the most of the expanding amount of bandwidth.

What exactly is the Internet of Things in the African context?

The IoT Agenda website defines the Internet of Things (IoT) as a system of interrelated computing devices, mechanical and digital machines, objects, animals or people that are provided with unique identifiers and the ability to transfer data over a network without requiring human-to-human or human-to-computer interaction.

IoT is already in widespread use, but it isn’t yet using the terminology or the platforms that bring greatest value to connectivity between devices, said Arthur Goldstuck, managing director of South Africa-based tech market research firm World Wide Worx.

In Africa, the Internet of Things is used primarily in vehicle tracking and in telemetry, which involves sensors that measure either electrical data (such as voltage or current) or physical data (such as temperature or pressure) and transmit the data from remote sources.

You might call these “the first generation of IoT,” Goldstuck said.

“The next phase will see both sensors and platforms come into their own for widespread asset management and utility management,” Goldstuck said. “Water leak detection should be an early win, but using it for managing agriculture has tremendous potential.”

There is massive scope for IoT in Africa, said Nico Steyn, founder of South African Internet of Things company IoT.nxt.

“As a continent we are in a race in terms of becoming more competitive and more relevant in the global space,” he said. “IoT as a technology certainly has the capability of catapulting Africa into the Fourth industrial revolution.

“Africa has a lot of untapped or underutilised resources and using IoT will help Africa become more productive and globally competitive. There is huge opportunity as this is a fast growing market.”

There are already some innovative solutions that involve IoT in place for better quality of life in Africa. These involve curtailing water scarcity, deploying intelligent transport solutions, agriculture, mobile health and wildlife conservation.

IoT will become pervasive across all industries, Steyn predicts.

“I don’t think there is one single industry at this stage that has not been disrupted,” he said. “All industries are moving into this digital age and are transitioning or transforming their business models. IoT is a key driver for that.”

Agriculture, Africa’s largest economic sector, is likely to be central to the growth of IoT. There are many examples around the world where value can be unlocked from enhanced efficiencies along the value chain. Mining, oil and gas, telecommunications and manufacturing will have to adopt IoT to improve efficiencies.

But government support and involvement will need to improve for the IoT in Africa to develop.

“We have incredible talent and innovative ideas in South Africa and Africa in general, this needs to be nurtured and supported,” Steyn said.

Another concern is around security, with cyber crime and cyber warfare real challenges facing the IoT space.

“Security is going to be a major factor that will have to be considered and carefully engineered,” Steyn said.

“While there is interoperability you need to be aware of the security risks and manage it. There is going to have to be a lot of work and thought that needs to go into security.”

“Security is the single biggest issue facing IoT, in that there is little awareness of security challenges and the ability of hackers to access and misuse connected devices that do not have a direct human user interface,” he said.

Another issue with IoT is the fact that there is a lot of legacy equipment in place. “To come to grips with that and have a platform that can incorporate it is a challenge we are facing. We have done a lot of work on this to allow for the incorporation of legacy systems as many companies simply cannot afford the capital investment required to acquire the latest everything,” said Steyn.

Nonetheless, stakeholders are confident these issues can be overcome.

“We are mindful of the risks but have no particular concerns,” Steyn said.