Airtel Nigeria, a subsidiary of Airtel Africa and one of the major telecoms service providers in Nigeria, has disclosed that it has received approval for the renewal of its spectrum licences in the 900Megahertz (MHz) and1800 Megahertz bands from the Nigerian Communication Commission (NCC). 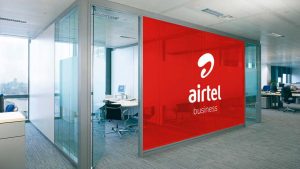 Airtel, in a statement signed by Simon O’Hara, the company secretary and filed at the Nigerian Stock Exchange on Thursday, explained that its deal renewal with NCC, the industry regulator followed the expiration of the licences due on 30 November of 2021.

The also stated that following the application for the spectrum renewals, the NCC had subsequently offered them another opportunity to renew the spectrum licences for the next 10 years which will run from 1 December 2021 until November 2031, an offer it accepted.

The telecom service provider also said that under the process of the spectrum licences renewal, Airtel Nigeria has paid N71.611 billion, which is equivalent to $189 million in respect of the licence renewal as fees to Nigerian Communication Commission (NCC).

According to Raghunath Mandava, chief executive officer, Airtel Africa, Nigeria will its largest market as the company remains focused on bridging the digital divide and expanding its broadband capability in Nigeria.

“I am pleased to announce that our application in Nigeria to renew our spectrum licences in the 900MHz and 1800MHz bands for a ten-year period has been approved by the NCC. This is our largest market and we remain focused on bridging the digital divide and expanding our broadband capability in the country. On behalf of Airtel Nigeria and the Group, I would like to thank both the government of Nigeria and the NCC for their cooperation and support in this important process,” Mandava said.