… to tackle lingering energy, other crises
…but optimism low among citizens

Newly elected UK Prime Minister Liz Truss has assured that the new government would take effective measures towards dealing with the country’s surging energy costs and consequent crisis through a freeze on energy bills and cut on taxes. 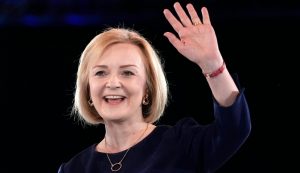 Truss comes in as UK’s prime minister at a period  the country is experiencing one of its most challenging economic turbulences in post-war history, led by inflation hikes that have resulted in soaring energy bills, industrial strife, a looming recession and the unceremonious resignation of former prime minister, Boris Johnson.

With the country clamouring for an effective solution to the daunting challenges, the third female PM in history, after Margaret Thatcher and Theresa May, has expressed confidence she is up to the task.

Addressing activists of the governing Conservative Party at Queen Elizabeth II Conference Centre in London, the former foreign secretary said, “I will deliver a bold plan to cut taxes and grow our economy. I will deliver on the energy crisis, dealing with people’s energy bills, but also dealing with the long-term issues we have on energy supply.”

Under her plans, it is expected that energy firms would be able to take out government-backed loans which would be used to freeze or lower bills of energy consumers, particularly households. Small businesses are also expected to be offered some energy bill relief to cushion effects of rising energy prices.

The plan, set to be formally announced and elaborated upon on Thursday, is expected to chart the country towards economic growth amidst concerns of a dwindling economy and reports that the UK is tipping into an unrestrained recession.

Prior to winning the Tory leadership contest to take over the position of an embattled Boris Johnson, 47-year old Truss had promised £30 billion in tax cuts in an emergency budget later in September, having blamed the tax burden for the UK’s slow economic growth.

Her proposed cuts include reversing the rise in National Insurance, temporarily ditching green levies on energy bills, and scrapping a planned rise to corporation tax.

Asides her domestic agenda, the leader of the Conservative Party also promised continuous  support for Ukraine in its war against Russia.

An analysis by the International Monetary Fund (IMF) showed that the average UK household is expected to lose about 8.3 percent of its total spending power in 2022, the highest percentage in Western Europe, as a result of rising expenditure on energy bills.

This is exacerbated by the fact that the winter season, which is usually marked by a heavy reliance on gas to heat homes and produce electricity, is coming at a time when Russia’s war in Ukraine has sent gas prices hitting the roof.

Though the British prime minister is confident she will deliver a turn-around solution to the issues plaguing the country, many citizens do not share in her optimism.

According to a recent snap poll conducted by YouGov, a British international online-based market research and data analytics firm, only one in seven Britons is optimistic that Truss will perform better than Johnson, her predecessor.

The poll, consisting of the opinion of 2,488 adults, found that 14 percent expect Truss to do a better job in easing the pressing cost-of-living issue than Johnson, while 27 percent opine that she will be worse.