Joining the bandwagon of the likes of FBN Holdings, Sterling Bank plc, Access Bank, among others to restructure into a financial holding company (HoldCo), market and financial analysts at FBNQuest Capital Research see the proposed restructuring of Guaranty Trust Bank (GTB) as offering an avenue for the tier one banking institution to enhance its revenue diversification, earnings growth and give it the flexibility to adapt to future opportunities. 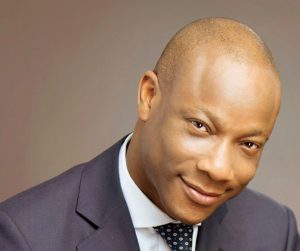 The Nigerian Tier-1 lender had on Wednesday formally notified the Nigerian Stock Exchange (NSE) that it has obtained an approval-in-principle (AIP) from the CBN and a No-Objection from the Securities and Exchange Commission (SEC) to begin the process of restructuring the bank into a financial holding company.

In the views of the analysts: “If properly executed, the bank’s entry into fast-growth segments like payments would help to diversify its revenue base and drive earnings growth. That said, although banks have a significant head-start with mobile money, with the payments landscape getting more competitive. While most local Fintechs lack the scale and resources of the banks, the telcos and interest from global tech firms will increase competitive intensity in the segment.

“Also, the recent acquisition of local FinTech PayStack for $200 million by US-based payment firm Stripe is a case in point. Being technology firms, global tech firms can use their digital platforms to make deep inroads into the payments space. We believe that banks may be able to respond to these threats through collaborative partnerships with the technology firms,” the analysts asserted in a note seen by Business A.M.

According to the analysts the management of GTBank had, during its H1 2020 conference call, affirmed that the proposed HoldCo structure will comprise regional units, namely GT Bank Nigeria, GT Bank East Africa and GT Bank West Africa. The bank is also considering having business lines along with Pensions, Asset Management and Payments.

“Following the cancellation of a universal banking licence by the CBN about 10 years ago, GT Bank decided to be bank-focused. As such, it divested its non-bank subsidiaries including insurance, asset management and registrars business. However, changes in the competitive landscape and slower growth in the traditional banking business has led to a rethink of its strategy and operating model,” the FBN Quest analysts stated.

Meanwhile, of recent, the CBN’s monetary policies have put downward pressure on banks’ net interest margins and resulted in a reduction in the growth rate of funding income. Also, regulatory induced fee cuts on E-banking transactions and ATM fees have also had a negative impact on non-interest income. As such, earnings growth has slowed for most banks. Conversely, GTBank delivered average growth in its profit before tax of 8 per cent over the 2018-19 periods. This compares with the 29 per cent average that it delivered between 2016 and 2017.