After waiting for a decade and half, it appears Nigerian investors are now ready to tap into the phone market, as an indigenous concern, in partnership with foreign investors, plans to begin manufacturing of mobile phones in Nigeria, a market, experts say, is valued at more than N1 trillion. 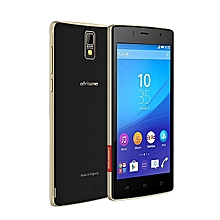 A top official of the Nigerian Communications Commission told a forum of telecom industry investors and operators that robust manufacturing of phones in Nigeria is long overdue, as the commission had begun efforts toward it in 2008 when it licensed indigenous firms to begin manufacturing of SIMs in the country. AfriOne prides itself as the only indigenous smartphone brand currently in the country.

Mohammed Babajika, director, policy and competition at the NCC said he had received a delegation of investors who want to begin manufacturing of handsets in Nigeria.

“The NCC is looking into local manufacturing of phones. Last week, we received investors who want to set up a plant soon in Nigeria to begin manufacturing of phones here. It is something to be happy about because we started the process as far back as 2008 when we granted five companies licence to manufacture SIM cards locally,” Babajika said, while commenting during a technical session on combating cloned and fake phones into Nigeria at the telecom executives and regulators forum organised by the Association of Telecommunications Companies of Nigeria.

He also told business a.m. on the side-lines of the forum that the NCC is currently working with Nigeria Export Promotion Council (NEPC) to ensure that the investors have no hitches.

“Actually, the investors were introduced to me by the NEPC and we are working to ensure that they do not encounter any discouraging factors. It is not good for us that in spite of the millions of phones used annually in Nigeria, not a single phone is manufactured here,” he said.

Babajika’s disclosure came after an indigenous brand promoter in the ICT industry, Remi Adeyemi, registered his displeasure that rather than being worried about influx of cloned phones, Nigeria should pursue making of the phones in the country. He noted that due to the waning purchasing power of Nigerians, cheap phones would continue to be patronised.

He noted that the value of Nigeria’s phone market is over N1 trillion, with all lost in capital flight to foreign countries.

“In every society, there is the tendency of people to want to go for cheaper options. It is sad that in Nigeria today, there are over one million phones in use. If we take a value of N10,000 for one phone, that will give us over N1 trillion as value of phones purchased by Nigerians and all of this huge sum is lost to foreign countries; not even a kobo is retained here. Beyond tackling clone phones, we must position to begin to earn meaningfully from this N1 trillion market,” he said.