The European Central Bank is now wrestling with a problem facing monetary policy makers around the western world—dialing back stimulus without upending financial markets.

But one central bank has been quietly balancing this act since late last year, buying fewer bonds without spooking investors: the Bank of Japan, reports Wall Street Journal (WSJ)

On Thursday, Germany’s 10-year bund yield hit 0.5% for the first time since the start of 2016 as investors continue to anticipate the winding down of the ECB’s €60 billion ($68.3 billion) worth of monthly bond purchases.

Central banks have been buying bonds to stimulate the economy and inflation.

The BOJ does this by targeting where it wants government bond yields to be, rather than setting an amount of money it will spend every month, as the ECB and Bank of England do and U.S. Federal Reserve once did. 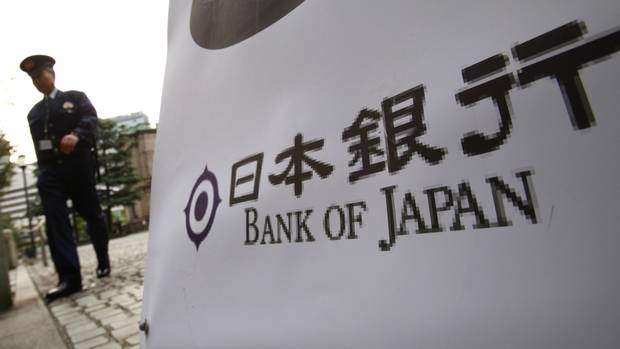 So, if the BOJ hits its target of a zero yield on 10-year government debt, it can adjust its buying without having to announce it. Likewise, the commitment to intervene if yields rise puts off anyone considering shorting Japanese bonds: nobody wants to go up against a buyer that can essentially print its own money.

In the second quarter of 2017, the BOJ accumulated an average of ¥13.5 trillion in assets compared with a quarterly average of ¥22.8 trillion in 2016. That is less than at any time since the program began in the spring of 2013. Japanese government bond yields have gyrated by far less than their European and U.S. peers in the last nine months, and haven’t joined in the recent selloff.

That selloff was triggered last week when ECB President Mario Draghi noted a “strengthening and broadening” economic recovery in the eurozone.

“Draghi is discovering that narratives contrary to the one you want to get across can take hold in the market,” said Grant Lewis, head of research at Daiwa Capital Markets Europe.

Minutes from the ECB’s June meeting released Thursday showed policy makers weighing up whether to drop their bias toward further stimulus.

That followed the release of the Federal Reserve’s meeting minutes Wednesday, where officials signaled they may be ready to start slowly shrinking their large portfolio of bonds and other assets in the next few months.

Germany’s 10-year bund yields rose by 0.2 of a percentage point in five days, the largest jump since 2015’s “bund tantrum” when investors dumped bonds as they also anticipated less stimulus. Bonds in advanced economies tend to move together, and yields on U.S. and British 10-year bonds rose by a similar amount through the week. But Japan’s 10-year yields rose by just 0.02%. Yields rise as prices fall.

The BOJ can keep its markets stable by setting a clear limit on what it will tolerate, analysts say. In early February, when 10-year yields rose as high as 0.15%, the central bank offered to buy an unlimited volume of bonds at a yield of 0.11%, pushing yields back down.

“It’s clearly been easier for (BOJ chief Haruhiko) Kuroda. He’s stood up and said yields will be held at these levels. Try and beat me, I’ve got infinite resources,” Mr. Lewis added. “That’s actually allowed them to start purchasing less.”

Some analysts even expect the BOJ to drop the ¥80 trillion target for annual bond purchases.

“Abandoning this target would come at little cost to the policy path,” said Freya Beamish, chief Asia economist at Pantheon Macroeconomics. “The yield curve target is doing all the work.”

Mr. Draghi has outlined the difficulty faced by any central bank looking to taper so-called quantitative easing. While the threat of deflation that the ECB’s program was designed to counter has passed, “a very substantial degree of monetary policy is still needed,” in part to ensure that “overall financing conditions continue to support that reflationary process,” he said in late June.

To be sure, an ECB target wouldn’t necessarily iron out the volatility. Bond yields in Europe have long been more dramatic than those in Japan, where growth and inflation have been sluggish for decades. The ECB also has a series of national government bond markets to deal with, rather than a single one.

“For a long time Japanese inflation expectations have been extremely low,” said Peter Chatwell, head of European rates strategy at Mizuho International. “So the central bank is more able to adjust its monetary policy without an immediate jump higher in yields.”

As reported by Wall Street Journal