Over the years, beers have become increasingly popular in Nigeria. Not only do a lot of people prefer beer to other alcoholic drinks for having a characteristic lager feel unlike spirits and locally brewed drinks, but also there is the fact that it is readily available, as more and more brands continue to establish in the Nigerian market, with each offering a unique value for the beer lover. 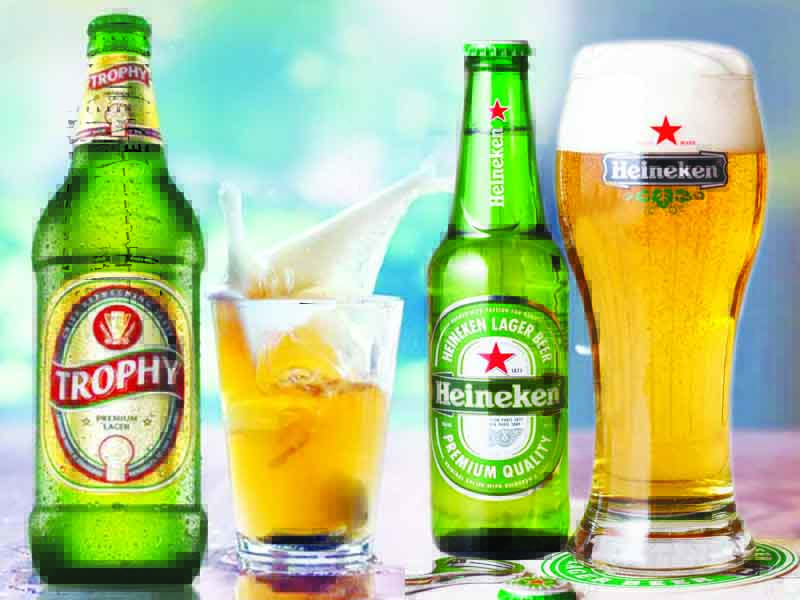 Heineken Beer is known for sophistication, being an international premium beer manufactured by Heineken brouwerijen B.V Amsterdam, available in about 192 countries around the world. In Nigeria, Heineken is brewed and bottled by Nigerian Breweries Plc. Ordinarily, one would expect we channel this research comparing Heineken and the American lager beer, Budweiser made by AB InBev’s International Breweries Plc, for both being international brands. This is not the case, as Budweiser which was launched in Nigeria in April 2018 is yet to gain much traction in the Nigerian market. Trophy Beer, another product of International Breweries, on the other hand, is a favourite and checks many criteria the average beer consumer is interested in. These two brands, Trophy and Heineken currently have a huge appeal amongst beer consumers in Nigeria. While government continually tries to regulate the amount of alcohol in alcoholic beverages produced in the country, even as a number of beer manufacturers make public knowledge the percentage of alcohol in their products. This is clearly insufficient for consumers to get the most out of beer consumption, as there are countless health benefits and side-effects associated with the consuming beers, depending on which applies to you. And as for Trophy and Heineken, one thing is sure – they are similar yet different in numerous ways. Here’s how…………..

Mobile fraud in Nigeria on the rise, may eclipse ATM’s by 2020, says NIBBS