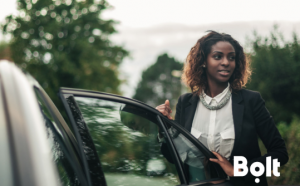 Uche Okafor, Bolt’s regional manager for West Africa, said, after successfully launching operations in seven Nigerian cities, expanding to the cosmopolitan city of Port Harcourt was a natural next step for the company.

He said in keeping with this, they have ensured that their drivers undergo background checks by the State Intelligence Bureau arm of the Nigeria Police. They have also integrated an SOS button into the driver’s app that automatically notifies the Police control room of the Rivers Police command whenever it is activated,” he explained.

“The service is easy to use; passengers simply download the Bolt app from the iOS or android app stores and set up a user profile. When they’re ready to ride, users open the app, set their location and their intended destination. The app will then give a cost estimate for the trip. Once passengers request the ride, the app alerts drivers nearby who accept the ride.

Once a driver has accepted the ride, passengers will be able to see their driver’s name, photo, car make and model, and registration, as well as be able to track the driver making his or her way towards them in real time – all of which makes it easy to be sure that they get safely into the correct vehicle with the correct driver. Passengers can also share their trip details using the “share your ETA” function on the app, as an extra layer of security.
When the ride is complete, payment is made with cash, or via the debit card details the rider entered into the app. Passengers and drivers can rate each other out of five stars and leave feedback using the Bolt app.

Okafor said that to celebrate Bolt’s launch in Port Harcourt, Bolt would be offering a 20% discount on all fares for the launch period; and passengers can enjoy a free first ride up to N2,000 with the promo code BOLTPH when they apply the promo code.

He listed popular trips in and around Port Harcourt such as: Pleasure Park to the Mall at a cost of between NGN1,000 to NGN1,150; while Peter Odili Road, Trans-Amadi to New GRA will cost between NGN1,200 to NGN1,300.

He announced that Bolt had already signed drivers up to the platform in Port Harcourt, who all receive 85% of all fares paid by passengers. What is more, drivers using the platform are their own boss, as they can choose how many hours they drive. There are no monthly dues, and they can work in whichever areas they want to.

The regional manager for West Africa explained that Bolt drivers’ cars must be a 2003 vehicle model or newer. “The car has to be four-door (Toyota Corolla, Hyundai Accent, Kia Rio, etc) and must have passed a safety inspection. This means that everyone hailing a ride through Bolt can be confident that they will get to their destination safely and comfortably,” he stated.

He said that for drivers to become a Bolt driver, he would need a valid Nigerian driver’s license, an Android or iOS smartphone with GPS, and undergo an onboarding/training program.

Founded by Markus Villig, Bolt launched in 2013. It is one of the fastest-growing transportation platforms in Europe and Africa, with investors including Daimler, Didi Chuxing and Korelya Capital. Bolt launched in Nigeria in 2017 and operates in Lagos, Abuja, Ibadan, Owerri, Benin, Uyo, Calabar, and now Port Harcourt.