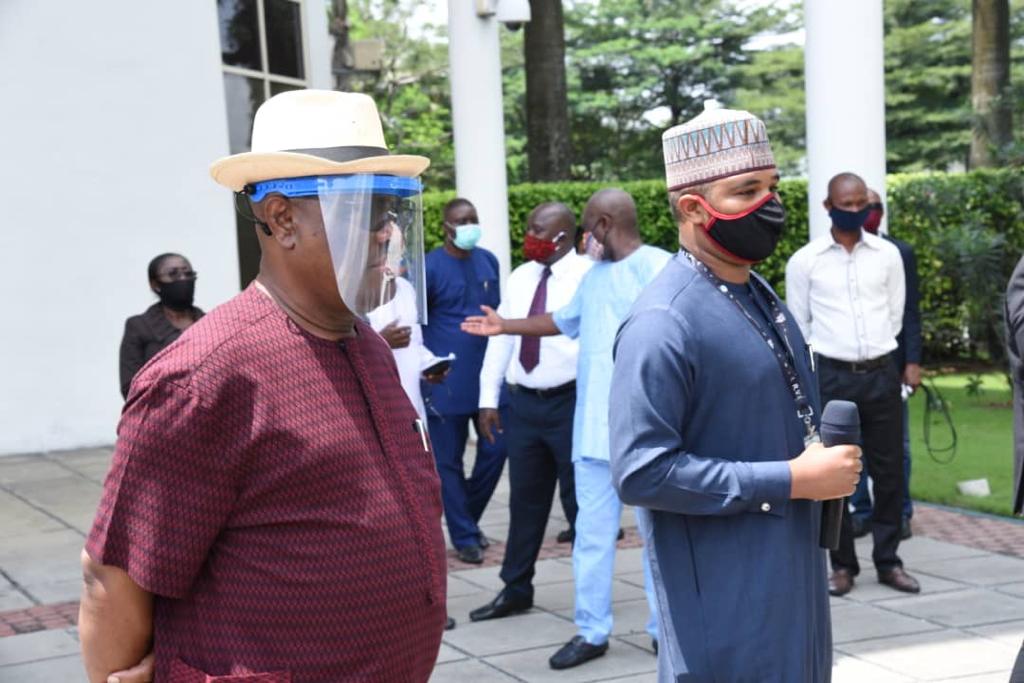 BUA Foundation, the philanthropic arm of BUA Group, the foods, cement and infrastructure conglomerate, continued to sustain its COVID-19 intervention support across the country as the support train moved on Friday to Rivers and Kwara States, where senior executives of the group presented six ambulances, food supplies and N100 million each to the governments of the two states to assist them in their fight against the pandemic, COVID-19.

BUA Foundation representatives, who presented the ambulances to Nyesome Wike, governor of Rivers State, and AbdulRahman AbdulRazaq, governor of Kwara State, in Port Harcourt and Ilorin respectively, said the donations were intended to assist both governments in fighting the pandemic to a standstill as the number of cases continue to rise in Nigeria.

Governor Wike praised the sustained support from BUA Foundation to the Rivers State government, revealing in the process that BUA also made a donation of N100 million, as well as 4,000 cartons of pasta, for which the state remained grateful.

In Ilorin, the Kwara State capital, Governor AbdulRahman thanked Abdul Samad Rabiu, BUA Group’s executive chairman, for the ambulances and the N100 million donations to the state, which he said will further strengthen the state’s fight against the pandemic, adding that the donations will be used judiciously.

Since the start of the pandemic, BUA has committed about $20 million to various efforts to tackle the virus within Nigeria.