President Muhammadu Buhari will present the 2020 budget by 2 p.m. on Tuesday. 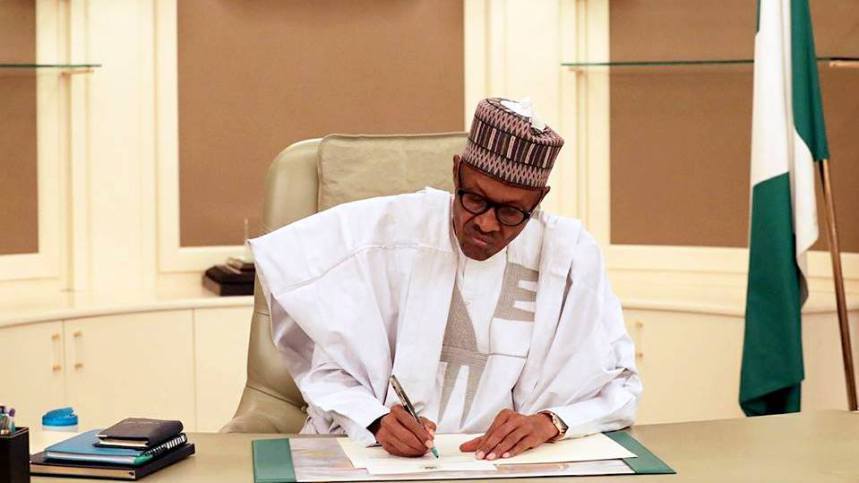 Adedayo Adeyeye, the senate spokesperson, made this known to journalists after at a press briefing on Thursday.

He spoke a few minutes after the Senate approved the medium-term expenditure framework (MTEF).

“Next Tuesday by 2 p.m., the president will come to present the budget. Plenary will hold but we will adjourn early and move to the House of Representatives so we can attend to the president,” he said.

He hailed the Senate President, Ahmad Lawan, for fulfilling part of his agenda – which is to change the budget circle of the country – at the start of the ninth assembly.

He also commended Buhari for “taking a cue from the plan of the Senate President.”

Adeyeye said with the zeal of the National Assembly, the 2020 budget will be passed before Christmas break and implementation will take place between January to December.

When asked how the Senate will deal with Ministries, Departments and Agencies (MDAs) who delay in budget defence, the lawmaker said the Senate is resolute about MDAs.

“All MDAs will have to suspend what they are doing to defend their budget once the budget has been presented,” he said.

Zainab Ahmed, the minister of finance, budget and national planning, , last month said the Federal Government will propose to the National Assembly about N9.79 trillion as total expenditure in the 2020 budget.

Ahmed announced this in Abuja at a public consultation forum with civil society groups and agencies on the draft 2020-2022 Medium Term Expenditure Framework.

The projection includes a proposed revenue of about N7.64 trillion and a total proposed fiscal deficit component of about N2.142 trillion.

She said the key assumptions of the budget were based on an oil production capacity of 2.18 million barrels per day, crude oil price of $55 per barrel, against $60 per barrel last year, and exchanged rate of N305 to the dollar.