The Small and  Medium Enterprises Development Agency (SMEDAN) has reechoed the pressing need to facilitate seamless access to finance for micro, small and medium enterprises (MSMEs) in Nigeria. 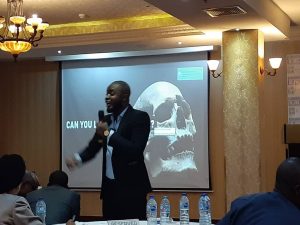 The Director General of the agency, Dikko Umaru Radda, called on stakeholders, particularly financial institutions, to rethink their modalities of granting credit to the small businesses as well as conditions attached to it.

In his goodwill message at the SME Conference organised by the BusinessnewsCorp in Lagos on Wednesday, the publisher of Business a.m Newspaper, Radda stressed that MSMEs are still finding it difficult to access affordable finance for their operations.

“It is therefore, imperative that the challenges must be confronted in a deliberate manner,” he said.

He stressed that access to affordable finance remains a major challenge, amongst others, to the operations and sustainability of MSMEs in Nigeria.

From a 2017 National MSMEs Survey conducted by the National Bureau of Statistics (NBS), the source of capital for micro enterprises which is 99.80 per cent of MSMEs, was informal.

He said in funding of the micro enterprises, personal saving contribute 61.2 per cent while family sources constitute 23.6 per cent.

“Conversely, formal sources, especially bank credit, made up of only 5.3 per cent. In addition, 15.2 million micro enterprises or 40.9 per cent reported having personal banking relationships

On the other hand, 49.5 per cent of SMEs, which represent only 0.20 per cent of total MSMEs, had access to bank credit, he said.

“In Nigeria, the 2017 National MSMEs Survey conducted by the National Bureau of Statistics (NBS) revealed that there are about 41.5 million MSMEs,” he Radda said.

According to him, these MSMEs employed a total number of 59.6 million persons, representing 76.5 per cent vof the labour force, which contribute 49.78 per cent to the Gross Domestic Product (GDP) and responsible for 7.64 per cent export.

He said the Economic Recovery and Growth Plan (ERGP), a medium term plan for 2017–2020, builds on a strategic implementation plan for the purpose of leveraging the ingenuity and resilience of the Nigerian people.

He said one of the key execution priorities of the ERGP is driving industrialization on the platform of SMEs.

“In order to place the SMEs in Tue driving seat, they need to be adequately empowered to achieve this by confronting all their challenges,” Radda said.

Towards achieving this, he said SMEDAN engages in a wide range of programmes aimed at developing the MSMEs subsector in the country by generating and providing information, among others.

“The agency positions itself as a one stop shop for MSMEs development, as their growth is directly correlated with growthbin  the economy and employment generation,” Radda said.