Cadbury Nigeria Plc, Nigeria’s pioneer cocoa beverage manufacturer, Thursday announced the appointment of Oyeyimika Adeboye as its first female managing director since its inception in  Nigeria over five decades ago. 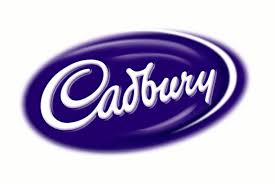 The appointment, the company said, takes effect from 1st April, 2019, as Adeboye takes over from Amir Shamsi, who moves on to a new role within Mondelēz International, the parent company of Cadbury Nigeria.

Cadbury described Shamsi as a leader who during his tenure as managing director made invaluable contribution to the turnaround of the business, and drove Cadbury’s growth agenda with respect to top-line, bottomline, and talent.

The company’s brief profile on Adeboye indicates that she is a chartered accountant, who joined its board on November 2008, as finance and strategy director, West Africa.

Prior to joining Cadbury Nigeria, Adeboye was the director of finance and chief financial officer of Nigerian Bottling Company Plc.

“She previously worked for the erstwhile Accounting and Tax Practice of Arthur Andersen & Co as well as the United Kingdom Accounting practice of Midgley Snelling & Co., Chartered Accountants.

Adeboye has a Bachelor of Science honours degree in Economics and Social Studies from the University College Cardiff, Wales and executive management education certification from the Institute of Management Development (IMD), Lausanne, Switzerland.”

Ologe, who succeeds Adeboye, joined Cadbury Nigeria in 2012, from KPMG Professional Services where he led the audit of the financial statements for many multinationals.

He holds a Bachelor of Science honours degree in Physics from Delta State University, Abraka. Cadbury further noted that Ologe is a qualified chartered accountant from the Institute of Chartered Accountants in Nigeria (ICAN).