The Central Bank of Nigeria and the Nigerian Postal Service are set to kick off the establishment of a National Microfinance Bank with pilot projects in seven locations, it has been learnt. 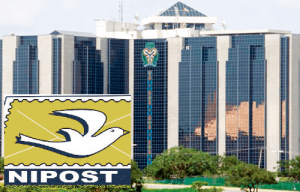 Sources revealed that the seven pilot branches would be established in Ibadan, Port Harcourt, Bauchi, Kaduna, Enugu and Lokoja. The Federal Capital Territory branch of the bank will be established in Gwagwalada, a suburb of the FCT.
Although the apex bank plans to establish branches of the bank in 774 Local Government Areas of the country, the initial plan is to test the waters with seven locations. This is expected to be scaled up to 50 and continued until it dots all the LGA headquarters in the country.
Apart from NIPOST, other entities collaborating with CBN in the establishment of the Microfinance Bank are the Bankers’ Committee and the Nigeria Incentive-Based Risk Sharing System for Agricultural Lending.
With locations in all the nooks and crannies of the country, NIPOST is providing accommodation for the establishment of the bank.
The buildings form the equity contribution of the postal system to the bank which is expected to have an initial capital base of N5bn.
The National Microfinance Bank is the mechanism which the Central Bank hopes to use to drive financial inclusion to the people living in rural communities.
It is also hoped that the bank would help to fill the vacuum in extending credit to small and medium enterprises as private microfinance banks had failed to fulfil the promise of financial intermediation to lower segments of the society.
NIPOST, on the other hand, had planned to establish a Post Bank as a way of shoring up activities in its locations throughout the country.
However, Postmaster General of the Federation, Mr Bisi Adegbuyi, had not long after assumption of office ruled out the possibility of NIPOST establishing its own banking subsidiary in order to cater to the banking needs of its customers in rural communities.
He said that NIPOST would rather engaged in agency banking in accordance with the advice provided by its consultants.
Adegbuyi said giving the nation’s present economic circumstances, establishing a post bank as had been done by some countries would not be feasible but added that plans were underway to explore agency banking.
Businessamlive Website Stats