China has granted approval of the 85 percent loan needed to fund the $2.6 billion Ajaokuta-Kaduna-Kano gas pipeline project, the Nigerian government has announced. 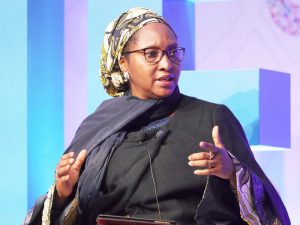 Zainab Ahmed, minister of finance, budget and national planning, and Mele Kyari, group managing director, Nigerian National Petroleum Corporation (NNPC), following the inspection of the gas pipeline project in Ajaokuta, Kogi State, confirmed that the project tagged “AKK gas pipeline”, which commenced in July 2020 is 85 per cent funded by the Bank of China and Sinosure, an export and credit insurance corporation operated by the Asian superpower, while the federal government-controlled NNPC is responsible for 15 per cent equity.

Ahmed said she was glad that the loan has been concluded and also expressed optimism that the disbursement will start very soon. She added that contrary to speculations of a delay due to a slowdown in economic activities, the project has not slowed down and is being delivered on time.

The minister assured that the project which cuts across Ajaokuta, Kaduna and Kano will help resuscitate industries in those parts of the country and in addition, create job opportunities for Nigerians.

Kyari, the NNPC helmsman expressed confidence that nothing would deter the project until completion. He stated that the loan approval by the Bank of China is an assurance that the project would continue till its financial close.

“More importantly, we are using the best of technology so that we will bury the pipes deeper than normal and we don’t think there is any high level of risk associated with this pipeline,” he noted.

Kyari further explained that security was being built around the pipeline, which included the deployment of optic fibre lines that would run parallel to the pipeline such that at any infraction, the corporation would be swiftly alerted and respond.

Speaking on how the Nigerian government intends repaying the loan, Kyari stated that as soon as gas starts flowing through the line, the revenue accrued, including existing revenue streams, would be used to repay the loan.