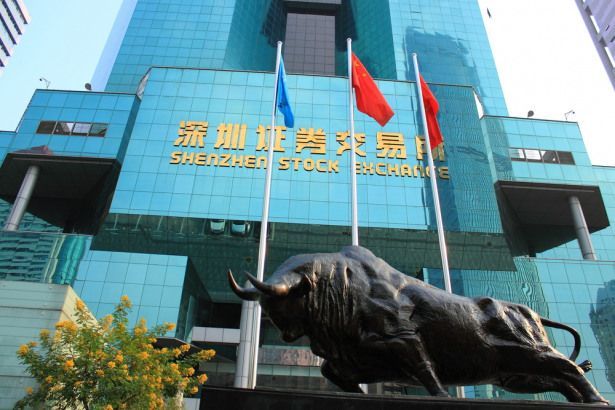 Following a 6.8% contraction in the first three months of 2020, the Chinese economy managed to bounce back in the second quarter recording GDP growth of 3.2%, well above the 2.5% economists had expected. Given that China has managed to largely control the spread of Covid-19 since April, it wasn’t surprising to see an improvement in economic activity, especially given policymaker’s support through stimulus packages, lowering taxes, slashing lending rates and reducing the required reserve ratios for banks. However, the recovery did look uneven during the quarter as industrial production rose by 4.8%, while retail sales fell 3.9%. This is a clear indication that consumer confidence remains low and will be alarming if we see such a trend in the developed economies.

Investors seemed to put more weight on the consumption data and have pulled out of riskier assets. Asian equities have declined, led by the Shanghai composite which has shed more than 2.3% at the time of writing. European stocks have also retreated from Wednesday’s rally and US indices are pointing towards a lower open.

Another risk event that may drive volatility later this Thursday is the ECB meeting. After raising its Pandemic Emergency Purchase Programme by EUR600 billion to EUR1.35 trillion in June, bond purchases by the central bank declined significantly in the final week of that month. While we do not expect to see a change to the programme or any of the monetary policy tools, the ECB President Christine Lagarde needs to reassure market participants that more tools will be deployed if required. After all, central banks have been the key driver of the equity rally and any signs of a retreat will hurt sentiment.

The Euro’s recent steep rebound will also be tested. After rising to a four-month high on Wednesday, the single currency failed to retest the March peak of 1.1492. While the ECB meeting may turn out to be fairly quiet, Friday’s EU Summit is likely to determine whether we see another leg higher or further retreat from the critical 1.15 level. The focus will be on the ambitious EUR750 billion recovery fund and how united the EU leaders are towards the union. Approval of billions in fiscal stimulus will send a strong signal to markets and encourage further long positions in EURUSD, otherwise expect the currency pair to remain capped around 1.15.

Wall Street investors will continue to monitor corporate earnings. The earnings beats from big banks like Goldman Sachs, JP Morgan and Citi were all impressive. However, it was the surge in trading activity that led to such performance, rather than other traditional banking services which the economy relies on.  We still expect to see earnings decline by around 40% for the second quarter, but it’s what executives say about the upcoming quarters that matter the most and so far, we still have a gloomy outlook. The latest surge in equities was driven by hopes for a coronavirus vaccine, but as we have seen, such news is short-lived as the S&P 500 has so far failed three times to hold on to positive territory for the year. That is a negative sign for a bull market which has been driven by a narrow group of stocks.

Nigeria’s human capital lags behind peers, ranks 171 out of 195 in the world – Study

Growth in African economies struggles to be proportional with development

We don’t know NIRSAL’s eligibility criteria for CBN intervention funds, we didn’t get it, SMEs lament