With the Federal Reserve expected to hold interest rates steady Wednesday, traders in the $5.1-trillion-a-day currency market are paying an added premium for the first time since October 2009 on options to protect against an extreme decline in the dollar against the euro over a six-month tenor. One measure, known as a 10-delta risk reversal, is an indication of trader bias in the options market, which currently reflects expectations that any move in the euro would be dramatic. 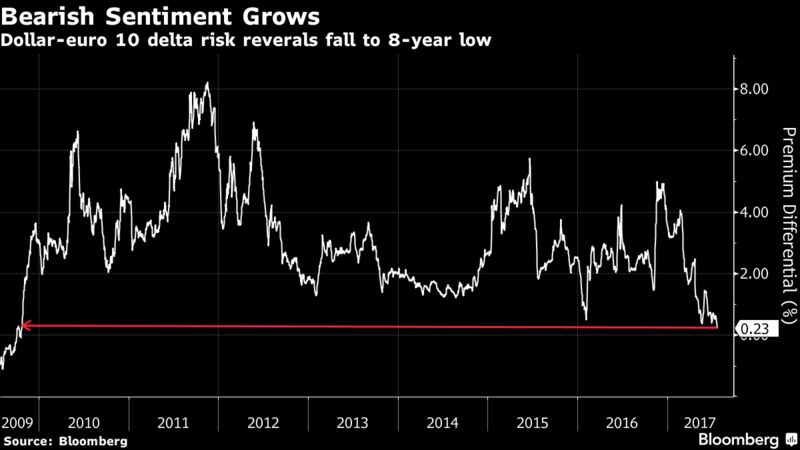 What’s more, investors are piling into options contracts in anticipation of big moves in the euro-dollar exchange rate, keeping an eye on whether the pair breaks above the key $1.1714 level, the high from August 2015. Traders bought more than $6 billion in options to sell dollars and buy euros on July 20 and 21, and an additional $3 billion to sell the greenback against the yen, according to Depository Trust Clearing Corp. data. 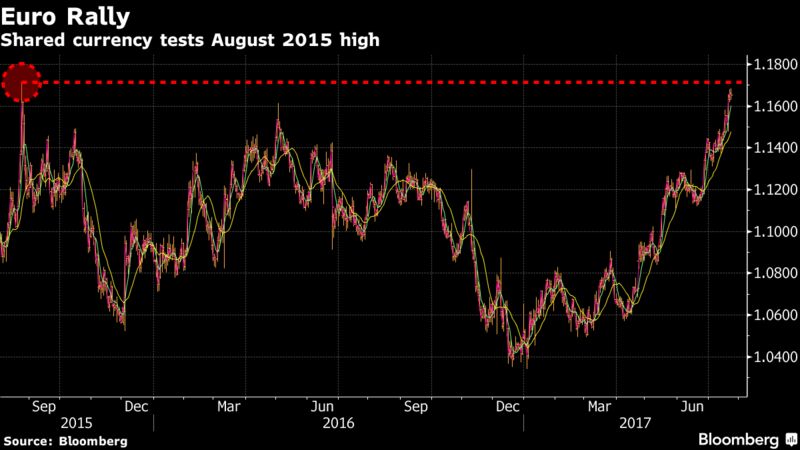 The Bloomberg dollar spot index has lost about 8 percent this year, with shifting interest-rate differentials at the root of the decline.
The dollar fell to a 14-month low last week after European Central Bank President Mario Draghi said policy makers will discuss in the autumn any plans for tapering quantitative easing. It also slumped on July 20’s news that U.S. special counsel Robert Mueller is probing transactions involving President Donald Trump’s businesses and those linked to his associates.