Nigeria, sub-Saharan Africa’s biggest egg market with production capacity of 650,000 metric tonnes per annum, could find that in egg powder production lies an economic solution that needs to be tapped, to take away its egg glut problem, which occurs between February and May every year, writes ONOME AMUGE.

Egg, considered by dieticians as a highly nutritious product, rich in vitamins, minerals and the cheapest form of animal-based protein essential for human growth and healthy lifestyle is a widely consumed food product globally, not excluding Nigeria, reputed to be the highest producer and consumer in Africa. 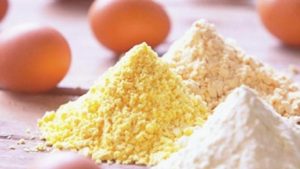 A 2019 report by the Food and Agriculture Organisation (FAO) disclosed that Nigeria has the biggest egg market in sub-Saharan Africa, amassing an annual production of over 650,000 metric tonnes of eggs. This fact is further backed by data from the Poultry Association of Nigeria (PAN) which recorded an annual production estimate of 10.3 billion eggs in the same year.

However, despite the significance of egg production, consumption and its impacts in the value chain, Nigerian poultry farmers have in many instances noted a glut (excess in egg production relative to demand) between February and May every year, a factor market analysts assert to be as a result of people tending to consume less eggs during this period of the year.

Haruna Adegbe, a poultry farmer and CEO, Kabod Farms, Ibadan, Oyo State, stated that this seasonal situation has resulted in wastage of eggs on his farm. Eggs, he explained, are perishable products with a short shelf life and more often than not, he is forced to sell the eggs at a relatively cheap rate which is bad for his business.

In order to address this worrisome issue affecting poultry farmers and for ease of storage and usage of eggs, especially during the glut, the dehydration and conversion of eggs into powder has been suggested by preservation experts as a convenient method of sustaining eggs for a longer period of time.

Asides its remarkable preservative capability and transportation ease, egg powder is noted for its durability, portability and its multiple/diverse usages by consumers and industries globally. Used as an additive in the preparation of foods such as noodles, ice creams, biscuits, doughnuts, cakes and other confectioneries, egg powder is also used in the production of oil-based emulsions and offers convenience and ease of handling compared to shell eggs. In addition, the demand for egg powder is on the rise among personal care products, cosmetics, animal feed, beverage, instant baby formula and also pivotal to the pharmaceutical industry as it is used for the manufacture of basic drugs such as flu vaccines, yellow fever vaccination and the measles, mumps, rubella (MMR) vaccine.

Powdered eggs have also been reported to have a storage life of five to ten years depending on the environment while the shelf life can be extended by placing them in a cool storage place or in tight containers where air is unable to penetrate.

How egg powder is produced

Farminfera, a Nigerian based market research organisation, in its study of the production process explained that egg powder is produced from raw eggs through dehydration or spray drying methods. Spray drying, it noted, is a method of dry powder production in which the eggs are dried by rapidly treating them with hot air (atomisation). It further stated that dehydration is done by removing water content from the raw eggs at a high temperature and is also ensured that any of the components is not lost. This kind of production can be likened to the way powdered milk is being produced from liquid state.

Samuel Shewoniku, director of operations, Answer Industry, producers of Kara Kara egg powder, in his description of the production process stated that the eggs are, firstly, washed, after which the candling process (separation and selection of the good eggs from bad ones) takes place. Thereafter, the selected eggs are passed into the machine that cracks and separates the shells and then moved to the pasteurising tank where it is pasteurised at 40 degrees. It is finally transferred to the dryer in the liquid form where it is transformed into powder.

Another process as explained by ScienceDirect, an online database of scientific and medical publications, is ‘freeze drying’. In this method of production, the egg is frozen and subjected to a high vacuum. Afterwards, heat is supplied to the product while it is still drying. This method, according to ScienceDirect, is a new method of drying egg products and more popular commercially in the United States than in other parts of the world.

Powdered egg production in Nigeria is not yet commercially viable as compared to its popularity in developed countries of the world. As it stands, Nigeria has only two egg powder plants, Answer Industries Limited, Ogun State, and Greenfield Assets Limited, Ondo State. Production data for both companies as at 2019 shows that less than five per cent of the country’s egg powder demand is met by local production.

According to Tope Oyadeyi, national sales manager, BD Agriculture, Lagos, one of the major challenges bedevilling powdered egg production in the country is the lack of professional poultry production skills on the part of poultry farmers. Oyadeji disclosed that most Nigerian poultry farmers are oblivious of the required knowledge of poultry management production skills leading to inadequate egg supply and large supply of unwholesome eggs that do not meet with minimum international standards.

He further enjoined poultry farmers, associations and stakeholders to embark on educational programmes and sensitisation to get enlightened on the use of vaccines and antibiotics needed to enhance production of standardised eggs.

Erratic power supply is yet another issue discouraging investments in the construction and operation of egg powder producing companies in Nigeria.

Folorunsho Ogunnaike, founder, Full-Hope Farms, Ibadan, bemoaned the state of electricity in the country, stating that running on independent power supply would make the production of egg powder less profitable and unsustainable.

Financial viability of egg powder and benefit to the Nigerian economy

A research analysis of the global egg powder industry organised by ResearchLinker, a technology-based market research company, reported that the egg powder market is most active in the U.S where it is estimated at $239.2 million in 2020 alone. The research further evaluated the global market at over $900 million and with the inclusion of other noteworthy geographical markets such as China, Japan and Canada and Europe, the market has been evaluated to surpass $1 billion annually before 2027.

According to Kabiru Ibrahim, president, All Farmers Association of Nigeria (AFAN), food processing industries in Nigeria accrue an estimated expenditure of N1billion annually on importation of egg powder, an ‘overlooked’ opportunity for Africa’s largest economy to strengthen its financial prowess, considering its egg production capacity.

Speaking on the importance of egg powder as a veritable economic empowerment venture if embraced, Olatunde Agbato, a poultry farmer and business analyst, enjoined the government to actively engage in the elevation of the sector as it has the potential to create jobs for millions of Nigerians as well as lifting people from the grasps of poverty.

More so, market reports show that egg powder has an excellent export potential in countries like Germany, Austria, The Netherlands, Republic of Korea, among others; and Nigeria can capitalise on this if egg powder can be prioritised as an export commodity.

Samuel Shewoniku, director of operations, Answer Industry, explains that the implementation of egg powder as a large-scale export commodity, despite being a herculean task judging by its challenges, is an achievable goal  if the right support and enabling factors are brought into fore.

Commenting on the relevance of the egg powder industry, Funso Sonaiya, a poultry value chain development analyst and senior lecturer in the Department of Animal Science, Obafemi Awolowo University, Ile-Ife, posits that egg powder investment and processing is a valuable asset to the nation’s drive towards self-sustenance.

He added that the utilisation and industrialisation of eggs into powder would create a ready market for egg producers, eradicate cycles of egg gluts and stimulate greater investments, job creation and poverty alleviation in the country.