The NAFDAC spokesperson, Dr Abubakar Jimoh made the disclosure while speaking with the News Agency of Nigeria (NAN) on Monday in Abuja. 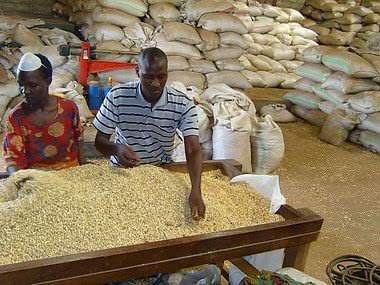 According to Jimoh, the five major products are groundnut, palm oil, sesame seed and beans that were illegally exported to the EU.

He noted that from the information made available to NAFDAC, groundnut was rejected because it contained aflatoxin, which made the quality substandard.

“The exported palm oil did not scale through the EU’s test because it also contained a coloring agent that was carcinogenic.

“Beans was banned by EU sometime ago but it was illegally exported to European countries.

“Beans was initially banned for one year, when EU was not satisfied with our exported beans in terms of quality assurance, it extended the ban by another two years, which expires next year.

“NAFDAC and other regulatory agencies of the government are working round the clock to ensure that when the ban is lifted, we can then begin to export more agricultural products to EU,” Jimoh, who is also the NAFDAC Director Special Duties, said.

He said most of the products that were smuggled out were not certified by the agency and the Nigeria Agricultural Quarantine Services at the ports.