…but facilities standardization is terminal’s undoing 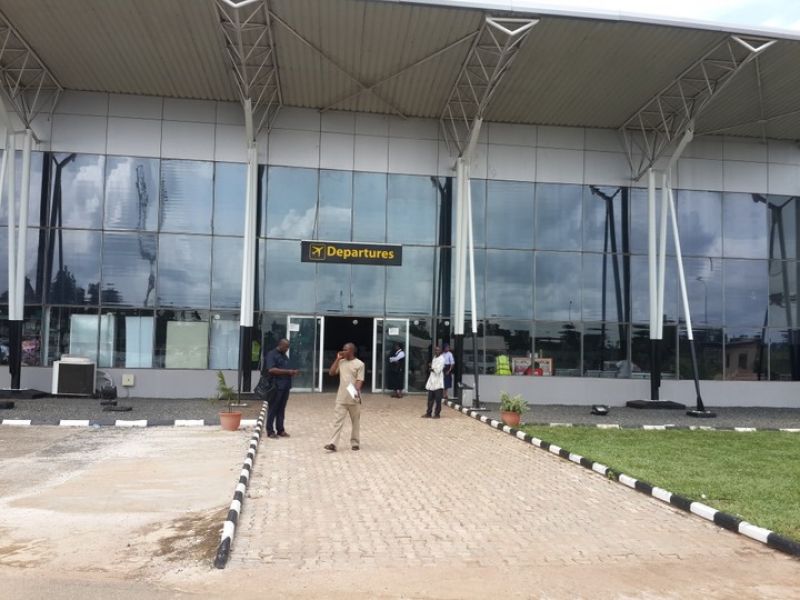 “The Owerri airport has been maintaining a lead market and traffic for five years now in Nigeria; and that the airport can move to the first or second position in the country if the necessary infrastructure are put in place to make the airport more competitive,” Yadudu said while on a fact-finding visit to visiting the airport.

However, the airport’s biggest undoing are its facilities that are less than required standard. For example, though dreamed up as a cargo airport, yet its cargo operations terminal is yet to be completed after many years. It is still operating with a 2,700-metre (2.7 km) runway, whereas this needs to be increased to a minimum of 3,000 metres (3 km). The runway width is another snag. It currently has a width of 45 metres against a minimum runway width of 60 metres. Meanwhile, the terminal is yet to have a good taxing way as well as attain full perimeter fencing and a water-tight security.

All this Yadudu has asked Governor Hope Uzondimma to help facilitate the completion of the cargo operations terminal by ensuring that the runway length is increased to 3,000 metres (3 km) and 60 metres of width respectively.

Construction of the Imo Airport, near Owerri, began in the early 1980s under late civilian governor, Sam Mbakwe, but operation began in 1994. The state government built the air terminal and handed it over to the federal government to be managed by FAAN.

Meanwhile, Governor Uzodimma has promised to assist the FAAN leadership to get the Owerri airport attain standardisation, to enhance economic activity of the state. He assured FAAN managing director he had always believed that the aviation sector must be encouraged to be run professionally, noting that as former chairman of the senate committee on aviation, he was key to the development of a roadmap on the reform of the aviation industry.

“I have always believed that FAAN must be encouraged to run the sector professionally. The industry is not what people think in terms of funding, the reason for government intervention,” Uzodimma said, adding that many people think that a good airport is having good terminal building, but it goes beyond stressing that. “The issue of runway, perimeter fencing, aircraft parking lot, taxing way, security and insurance are indices that those who frequently fly take into consideration before buying ticket.

The Imo governor said the Sam Mbakwe cargo airport was commercially viable, and attracts traffic, and has the potentials of doing better if more attention was paid in standardising the existing infrastructure, including the insurance policy around the airport. He said since FAAN subscribes to membership of all world bodies, and was committed to submitting to the ethics of the industry in line with global practices, the leadership should also hope to reap the benefit.

Uzodimma told Yadudu that he was much willing to get the airport fully off the ground in terms of facilities standardization and upgrade. “We both have job to do,” he said, urging the FAAN boss to oblige him with the status report on the cargo airport that ought to define where the place is now in terms of what has been done; so that he can be properly guided.

“You have a willing partner. We have to just succeed,” the governor said, adding that visible and invisible partnership with government was key to survival of airports.

He regretted that it has become very difficult for the aviation sector to survive today, noting that post Covid-19 flying requires strategic thinking and that all hands must be on deck to pull out of the wools.

The FAAN boss appealed to the Governor to help facilitate the completion of the cargo operations terminal by ensuring that the runway length was increased from its current 2,700 metres and width 45 metres, to 3,000 metres of length of 60 metres of width.

Yadudu said, Governor Uzodinma by assisting FAAN to bring the runway, taxing way, parking bay, and other challenges like security at the Sam Mbakwe Airport to standard, chances were the airport will become Nigeria number 1 or 2 in passenger traffic; and the implication will be increased revenue, more employment opportunities for the people, more economic activities and better national and international recognition for the airport and the host state.