In the summer of 1975, a few months just after she won her elections as leader of the Conservative Party, the future prime minister of Britain, Margaret Thatcher visited the Conservative Research Department for the first and indeed her last time. Chronicles of that day have it that participants at the event witnessed more than they envisaged; the day took a colourful turn when a well-prepared speaker set out to chart the course for the conservative party. The message of the speaker’s paper was that the conservative party should take a pragmatic path in their campaign and in governing the country. The “middle way” was that way in the mind of the speaker.

His speech advocated for the “middle way” because, according to him, it would pragmatically save the country from the risk of falling prey to the extremism of the right and that of the left. A good commonsensical approach, one would think, but not for the “Iron Lady” in the making. Before the speaker could finish his speech, Margaret Thatcher reached for her bag, pulled out a fat book, waved it up for all to see, like a Pentecostal Christian would display a bible, she interjected the speaker to solemnly and vigorously announce that, “This, is what we believe!” and then slammed the book on the table like a chairperson would use a gavel to call a gathering to order.

The book slammed on the table on that summer afternoon by Margaret Thatcher was, “The Constitution of Liberty” and it was written by our unforgettable of today. His name is Fredrich August Hayek. He is known to most as a key figure of the Austrian School, a legal theorist, political philosopher, economist and above all, defender of classical economics and individualism. Arguably one of the most influential thinkers of the last 100 years, he was certainly a real knight of the free market and libertarianism. 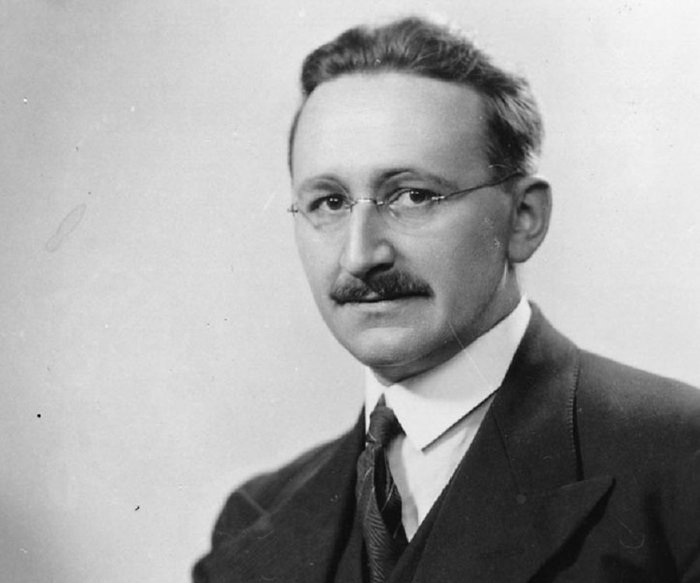 Fredrich August Hayek was by all means an impressive man, he made and continues to make a captivating read for his academic ideas and political considerations. A Nobel prize winner and recipient of many awards, he was in one breath both illuminating and controversial in his speeches and writings. A truly renaissance man of our time, his area of studies and influence spans from law and political science to sociology, and psychology to philosophy and economics.

Fredrich August Hayek’s “The Constitution of Liberty”, which turned gavel in the hand of the “Iron Lady”, was first published in 1960. The book was a collection of essays in which our Knight articulated his views on the fundamental principles and concepts that guide the world we live and the way we interact, such as agriculture, employment, equity, freedom, government in its various forms, housing, law, merit, natural resources, taxation, individual freedom, private property, trade, tradition, and then strongly posits that the only way we can have wealth and growth is by encouraging and safeguarding liberty. For him, it is in liberty that we can generate wealth and prosperity, not wealth or prosperity that will make us free, individuals must be allowed to dare and risk, they must be allowed to freely act, not managed, planned or controlled by any authority no matter how well intentioned for, “no human mind can comprehend all the knowledge which guides the actions of society.”

Interestingly, Fredrich August Hayek rounded up “The Constitution of Liberty” with a fascinating and illuminating post scriptum: an essay in which he declares and explains why he is not a conservative. Fredrich August Hayek used that post scriptum to make it clear, as if to set boundaries, that he is libertarian not a conservative because, “unlike liberalism, with its fundamental belief in the long-range power of ideas, conservatism is bound by the stock of ideas inherited at a given time. And since it does not really believe in the power of argument, its last resort is generally a claim to superior wisdom, based on some self-arrogated superior quality.”

Fredrich August Hayek’s first major impact on Britain’s thinkers and policy makers and, indeed, those in the rest of the world, however, came to the fore close to 20 years before the publication of “The Constitution of Liberty”. He first established himself as an authority and a reference point with his, “Road to Serfdom”, a title, by Fredrich August Hayek’s own admission, clearly coined from the writings of the French philosopher and liberal thinker, Alexis de Tocqueville’s “Road to Servitude”. In that book and his teachings and essays around the 1940s, Fredrich August Hayek made a passionate and articulate case against socialism and all forms of government controlled economic system; he denounced central planning and he warned that government intervention will only lead to tyranny and poverty not towards a richer or fairer society.

Against the British scholars and all those attracted to Marxism and socialism who argued that Fascism was a capitalist response to socialism, Fredrich August Hayek pointed out to all that Fascism, Naziism, Socialism and all form of totalitarianism had their origin, common bond and lifeblood in the central controlled economy and the subjugation of individuals to the government. The eventual decline of a society, with an economy centrally managed (by the state) for any reason, no matter how noble the intention might appear, into tyranny and poverty was neither an error nor a probability. For Fredrich August Hayek, such decline was a certainty. Taking a rather radical position, he warned that the drive towards welfare programmes and policies at the expense of individual liberty and expressions was a gradual but sure path to slavery of all rather than the emancipation of the most. The answer for him was the market, expressed through price.

Join me if you can @anthonykila to continue these conversations.

Anthony Kila is a Jean Monnet professor of Strategy and Development. He is currently Centre Director at CIAPS; the  Centre for International Advanced and Professional Studies, Lagos, Nigeria. He is a regular commentator on the BBC and he works with various organisations on International Development projects across Europe, Africa and the USA. He tweets @anthonykila, and can be reached at anthonykila@ciaps.org