A report by Refinitiv in collaboration with Islamic Corporation for the Development of the Private Sector (ICD) has revealed that 2019 year-on-year Global Islamic Finance Assets rose by14 percent year-on-year in 2019 to a total of $2.88 trillion. 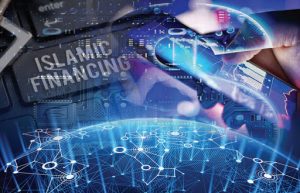 A breakdown shows that Islamic finance assets of Gulf Cooperation Council (GCC) were reported to have reached $1.2 trillion in 2019, while those of Middle East and North Africa (MENA) were $755 billion (excluding the GCC), and those of Southeast Asia were $685 billion.

The Islamic sector, which grew by 14 percent (representing $1.99 trillion in global asset) in 2019 contributed the bulk of the global Islamic finance assets, which indicates a wider improvement compared to the 1% growth in 2018 and an average annual growth of 5% over the period from 2015 to 2018.

Indonesia, displaying notable improvement in the Islamic Finance Development Indicator (IFDI), moved into second place for the first time due to its high knowledge and awareness ranking.

“A lack of relevant, actionable data has held back the Islamic finance industry for too long. That’s why the Islamic Finance Development Indicator is now such an important tool for policy-makers and market participants. This market is worth nearly $3 trillion already and I’m excited about its future, particularly when it comes to Sukuk and because Islamic finance has so much in common with sustainable finance – one of the most significant trends in global business today,” said David Craig, chief executive officer of Refinitiv.

Ayman Sejiny, the CEO of ICD, noted that the information would aid in decision making for states and overcoming the effect of Covid-19. “We believe that the analyses and information provided in this year’s report will serve as a vital reference point for the state of the Islamic finance industry during these difficult times and we remain convinced that Islamic finance can play a major role in alleviating the social and economic consequences of the COVID-19 pandemic,” he said.

The report, which is based on five key metrics comprising of Quantitative Development, Knowledge, Governance, Awareness, and Corporate and Social Responsibility (CSR), covers 135 countries.

The report also shows that Green and Socially Responsible Investments (SRI) increased in the UAE and Southeast Asia in 2020.

Meanwhile, as a result of the pandemic, several Islamic banks reported losses and reduced profits throughout this year, while Sukuk recovered after a stop in the first quarter.  Also, growth was recorded in some areas of the industry due to the availability of Islamic finance to reduce the economic impact.

While the pandemic continues to batter trade and economies, companies are taking advantage of low borrowing costs to shore up their finances.