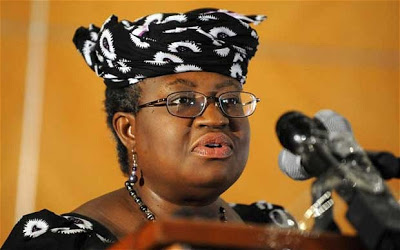 Ngozi Okonjo-Iweala, Nigeria’s former finance minister, moves a step closer towards realising her ambition to head the World Trade Organisation. She will appear before WTO’s board to espouse her vision for the organisation.

Seven other candidates for the organisation’s director general will also take their urns to appear before the board this week.

Following the nomination stage which closed on July 8, the five male and three female candidates will, from July 15 to 17, present themselves to members of the 164 States that comprise the WTO.

Interestingly, Nigeria, one of the founding members of the international trade negotiation and dispute settlement body established on January 1, 1995, is also fielding its former finance and foreign affairs minister, Ngozi Okonjo-Iweala as a replacement for the incumbent DG, Roberto Azevêdo, who steps down on August 31, 2020.

Nigeria’s candidate and ex-director of World Bank will on Wednesday afternoon by 15:00hrs meet with WTO members to share her vision for the organisation. During the meeting, members will also have the opportunity to ask her questions and generally evaluate her suitability for the job.