Governor Hope Uzodinma of Imo State has given a herculean task to Chuck Chukuemeka, the state’s new commissioner of finance, to bring  out  all that is in his arsenal and work towards a sharp spike in the state’s internally generated revenue (IGR). 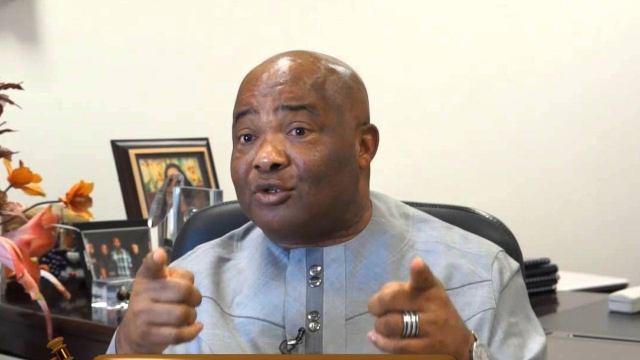 The work is seen as a herculean task because of the prevailing circumstances in the state and the country in general. Any effort made by the governor’s finance team or finance adviser that would suggest an immediate raising of taxes and rates in the state would be interpreted by Imo people as a government without a human face.

It would also mean that business owners and citizens would pay through their nose for the state to be able to increase the IGR which in February reached N1.2 billion.

It is also seen as an effort in futility because of the ravaging coronavirus which has partially closed 90 percent of the businesses in the capital city of Owerri including the factories that have been working at less than half of their installed capacity in the industrial layout in Owerri West local government area of the state.

Already, all big markets in the state have been ordered to close and there has been reasonable compliance with the order.

The appointment and swearing -in of Chukwuemeka brings to 24 the number of commissioners Governor Uzodimma has sworn-in.

“Go there and deliver, ensure things are done properly and more importantly, ensure that you work towards improving on the IGR.  We will support you to succeed,” Uzodinma said at the swearing in of Chukwuemeka as commissioner.

He ordered that Chukwuemeka must go and do things that were begging for attention, and insisted that it was not a coincidence that the finance commissioner was resuming when a new accountant- general had been appointed also.

In his response, the new finance commissioner said his appointment was a dream come true as he had always hoped to work in the capacity he has been appointed.  He said God must have brought Governor Uzodimma for the dream to be realized.

He promised to “keep his hands clean, his heart pure and to leave the place he is coming to work better than he found it,” saying he was deeply honoured and had accepted the offer with all his heart.

Chukwuemeka is said to have vast experience in financial management, having worked as a senior manager at KPMG, owned an audit-tax consulting firm in Minnesota, United States of America, before he joined public service as chief economic adviser to former governor, Ikedi Ohakim, between 2007 and 2011.

A certified public accountant and member of Institute of Chartered Accountants of Nigeria (ICAN), the new commissioner has been a financial consultant to many state governments and currently, chief executive officer (CEO) and managing partner of Global Research and Business Solutions and is a member of the Imo State University visitation panel.

CBN says FDI into Nigeria has not dropped

Nigeria among countries at high risk of capital controls

Senate under pressure to reject Emefiele’s