Investors in the Nigerian equities market rounded up trading activities on Tuesday with a gain of N23 billion as the positive sentiment which dominated the session led to a return of the bulls. 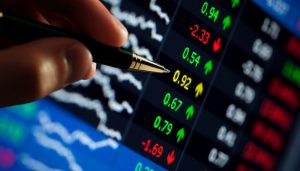 Totals equities value appreciated to N12.906 trillion while the Nigerian Stock Exchange All Share Index (NSEASI) advanced by 0.18 per cent, as against -0.60 per cent fall in the previous session cent, to close at 26,739.44 basis points as .

Consequently, the market’s year to date returns moderated to -14.93 per cent.

Similarly, market turnover closed positive as volume moved up by 28.05 per cent as against -34.47 per cent downtick recorded in the previous session.

As market breadth closed in favour the bulls that numbered 20 against 13 decliners, Conoil led the gaining team with N1.50 to close at N16.90; while MTN Nigeria followed with a gain of N0.90 to close the day at N121.90 per share.

The turnover for the session was most driven by MTN Nigeria which traded 17.859 million shares at N2.170 billion; UACN with 117.681 million shares valued at N826.983 million and Nigerian Breweries Plc with N682.738 million transaction value be selling 13.940 million share units during the session.

The market returned to growth path on Tuesday after massive profit-booking experienced on Monday which scrapped a sum of N188 billion off the market value.

Analysts have however predicted that while the market is expected to run bullish in the short term, investors would not hesitate to cash in profits on the gain of previous performances.