Jimi Ogbobine, lead researcher at Agusto & Co, has downplayed the argument for the need to diversify Nigeria’s economy, saying that the economy as it is currently composed is well diversified but for lagging revenues from the diverse sectors, hence the sluggish economic growth and growing debt profile.

According to him, Nigeria is a country whose gross domestic product (GDP) composition comprises just 18 percent from the industrial sector (where oil revenues belong) as opposed to some countries where the oil sector takes close to 50 percent. 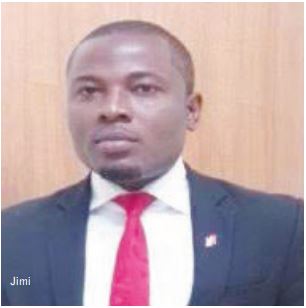 He noted that the agriculture sector in Nigeria comprises about 21.6 percent of GDP with services sector, which cover government activities, communications, transport, finance and other economic activities that do not produce material goods, accounting for over 60 percent.

For Ogbobine, a country with these statistics is diversified enough especially when each sector can be further broken down to show it’s exact contributions.

“The crux of the matter when we talk about diversification is diversification of revenues,” Ogbobine explained while pointing to the disconnect between revenue expenditure and generation.

He said for oil revenues as at end-2017 to stand at N4.5 trillion and non-oil revenue at N2.2 trillion indicates an anomaly.

“What this means is that the taxes we are earning from this economy cannot take care of Nigeria and we can’t do without oil for now, hence we need to increase tax collections across other sectors,” adding, “the sector that pays the most revenue outside the oil and gas sector in Nigeria is the telecoms sector of which only one company pays 80 percent.”

Highlighting the worrisome state of insufficient revenue generation, the Agusto & Co researcher noted that Nigeria’s 2018 fiscal plan currently runs at a deficit in excess of 70 percent.

He said “For every N100 Nigeria earns in revenues, we are going to spend about N50 on interest payment on debt servicing,” adding that a further N10 goes into statutory transfers while payroll & pensions gulps up N63 of the revenue amounting to N123 obligatory spending and constituting a deficit of N23.

Other forms of spending such as overheads & non-obligatory transfers will constitute 13 percent while capital expenditure takes up 35 percent. This will bring the total summary of the country’s spending to about 170 percent creating a budget deficit of 70 percent, which must be funded most times by more borrowing.

The country’s statistical agency, Nigerian Bureau of Statistic (NBS) last week released the latest data on debt, showing Nigeria’s foreign debt for the first half of 2018 has increased by 17 percent to $22.1 billion, while domestic debts stood at N3.5 trillion.

Although the country’s Debt Management Office (DMO) has explained that borrowing helps to fund capital projects, Patience Oniha, its director general had also been quoted to have said borrowing externally especially through concessional loans are better because they are cheaper to repay.

Concessional loans are mostly external forms of borrowing the government commits to. They are loans that are extended on terms substantially more generous than market loans with the concessionality being achieved either through interest rates below those available on the market or by grace periods, or a combination of these.

The DG also argued that the concessionality of these loans make multilateral and bilateral sources more attractive with Nigeria’s current case scenario depicted by the NBS to show $10.88 billion of foreign debt being multilateral, $274.98 million being bilateral (AFD) and another $2.12 billion bilateral from the Exim Bank of China, JICA, India and KFW while $8.80 billion was commercial.

While funding budget deficit through borrowing is acceptable in most countries of the world, the potential to increase Nigeria’s revenue sources as opposed to increasing expenditure which widens the deficit gap is what economist are advocating for.

One of such revenue source is the sale of assets. When underperforming government assets are sold, regardless of the sentiments that comes with it, what happens is that, first, salaries to those workers are no longer the burden of the government, secondly, the government can begin to generate taxes on these assets which have erstwhile been contributing to the budget deficit, explained Ogbobine.

According to him, foreign investors who want to buy these assets first bring in money into the country, contributing to the country’s foreign earnings through USD inflow, which helps our balance of payment position, helps our external income position and also earns taxes from the company.

He however stressed the implication of increasing tax collections, which is better accountability and responsibility on the part of the government.