A dark horse in Delta State race for governorship is promising modern, enterprising, innovative blueprint for the oil rich state, one of Nigeria’s most diverse sub-nationals with vast potentials to be self-sufficient.

Oil rich Delta State is one state in the country whose politics bears a resemblance to a mini Nigeria. And that is because it has a diversity that can be seen in its multicultural and multi-ethnic make-up.
Its governance presents its own challenges, in terms of its leaders trying to satisfy the yearnings of its well educated and highly aware citizens. For some reasons, good reasons too, the state, which has been ruled by the People’s Democratic Party (PDP) since this democratic dispensation began in 1999, has found a way round a satisfying system that produces its governors on a ‘turn-by-turn’ basis.

But it is also a state of political heavyweights, meaning that you can not stagger into aspiring to be governor of the state. It has always seemed to mean belonging to a system that may seem as old as time itself; and being a member of an inner circle. 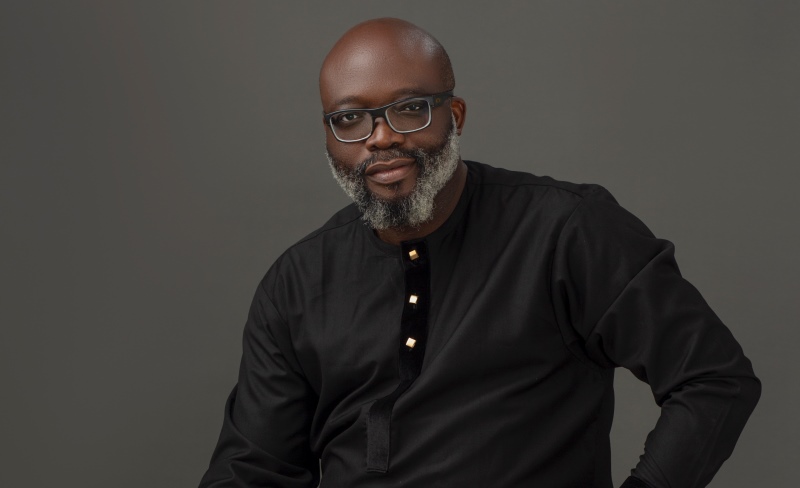 But 23 years after this democratic dispensation began, Lucky Idike, a professional chartered accountant, thinks that it is time to change the narrative of leadership aspiration in Delta State. He has, therefore, thrown his hat in the ring, to win the People’s Democratic Party nomination as the party’s governorship flag bearer for the 2023 elections.

Idike represents the group of people that you would normally call ‘professionals in politics’ who have decided to contest for elective office. He promises to breathe fresh air into the political space of Delta State and to bring a global perspective to governance in the state.

Some are already describing him as a dark horse in the race. But he is a dark horse that has also been described as very quickly becoming frontline because of what he represents and how he is approaching his ‘Delta About To Get Lucky’ sloganeering. He is pursuing this dream to be a governorship aspirant under the platform of the Peoples Democratic Party (PDP) and Lucky Ohworode Idike is doing this with a clarion call on all Deltans, to begin to dream big of a better Delta.

In a four minutes broadcast message, shared with Business A.M., Idike articulates why he is in the race and how he wants to transform the state.

“Let us begin to dream of a better Delta and together by the special grace of God, we will achieve our heart’s dreams and desires for our beloved homeland.”

Giving an insight into his aspirations, Idike, a product of the prestigious Kings College Lagos and the University of Lagos (where he graduated in Economics in 1994 and became a Chartered Accountant upon admission into the Institute of Chartered Accountants of Nigeria in 1997), explained that the race he is about to embark on, is a race he strongly believes is for the future of Delta State. According to him: “This is not a race between individuals. It is a race between two worlds. It is a race between two styles, two convictions and two Deltans. It is a race between the old Delta that has been and the new Delta that can be. And I am here to enjoin you to take your place with me at the starting blocks. We share the same yearnings for something new, a yearning for something transformational, something bigger than our collective imagination and yet within our potential as a people. It is this yearning for a greater height that has brought me here.”

Making his gubernatorial intention known, Idike, who has been described as a visionary and articulate team leader and project manager, able to put together resources required to execute any assignment, called on Deltans to join him in charting a new course for the Big Heart.

“Inspired by the doggedness of the founding fathers of Delta State, who created a system of government that promotes inclusivity and laid the foundation for the growth that has been and is to come, we the Transformational Generation can dare to dream. Standing on the shoulders of these great men, we can dare to reinvent ourselves without fear of failure, knowing that a solid foundation has been built for the paradigm shift we are about to birth and to experience.”

Delving into history, the governorship aspirant, who is reputed to be a very dynamic and resilient young man, able and willing to face new challenges and possessing a high level of integrity and sound knowledge of the socio- economic, political and cultural environment in Nigeria, said, “Throughout history, there always come a time when a clarion call goes to a new generation to rise up and do what needs to be done. To rise up and make an impact that will resonate throughout the ages. We have been called and it is time for our generation to answer that call.. This is the time for us to become the Protagonists of what we will be remembered for by posterity, as a turning point in history. I am under no illusion of the great challenges that face us in this quest. We know the challenges,we have heard about them. We have discussed them for years. We have lived in the times and I am one of you. I share the same blood with you.I share your dreams and your fears, but to yield to these same fears that have limited us for so long is to fail our children, to fail our brothers and sisters who watch our backs, to fail our mothers on whose prayers we thrive, our fathers who live in order to give us a better life and to fail the next generation of Deltans who should benefit from a modern, enterprising and innovative blueprint. My people, it is time to roll up our sleeves and work for what we believe in.”

On a lighter note, he said: “Someone once jokingly said to me that I’m going to be Delta’s Lucky Charm and I said I will, but much more than that, I believe that everyone of us can become Delta’s Lucky Charm, bringing prosperity to our immediate environment. Given the right opportunity, we are all leaders, dreamers and doers in our own right.”

In conclusion, he asserted: “For too long, Nigeria has been described as a dream killer and we have all come to accept it, giving our future to the same fears that have mortgaged our dreams for years. And now once again we are asked to make a choice. To choose a leader to build on the enormous work done by the great Ekwueme over the last eight years. Let us choose wisely. Let us choose hope, bright hope for tomorrow. This is the message I bring to you my fellow Deltans. Let us begin to work for that hope. Never doubt that a small group of thoughtful and committed citizens can change the world. Indeed it is the only thing that has ever been. Let us begin to dream of a better Delta.”