Global stocks were mixed and the dollar was flat as the latest comments from a Fed official offered little to excite traders amid thin trading. The British pound advanced after a selloff Bloomberg reports after observation.

With markets in the U.K., U.S. and China all closed for public holidays, volumes were depressed across the board and most moves were muted. European stocks erased a dip to trade little changed, even as British Airways’ parent IAG dropped on the Spanish exchange.

The pound posted the biggest gain among G-10 currencies, though the bounce wasn’t enough to erase Friday’s plunge when polls showed the coming election may be closer than expected. South Africa’s rand reversed a rally after President Jacob Zuma survived a bid by some members of his party to remove him from office.

Despite the longest winning streak for U.S. stocks since February and record highs posted by equities globally, the ongoing bond rally hints at an undercurrent of investor caution. With the fate of the Trump administration’s pro-growth stimulus plans uncertain, the dollar is one of the weakest-performing major currencies this year, even as the Fed prepares for more rate hikes. Gauging the ability of the global economy to withstand rising borrowing costs will be key. 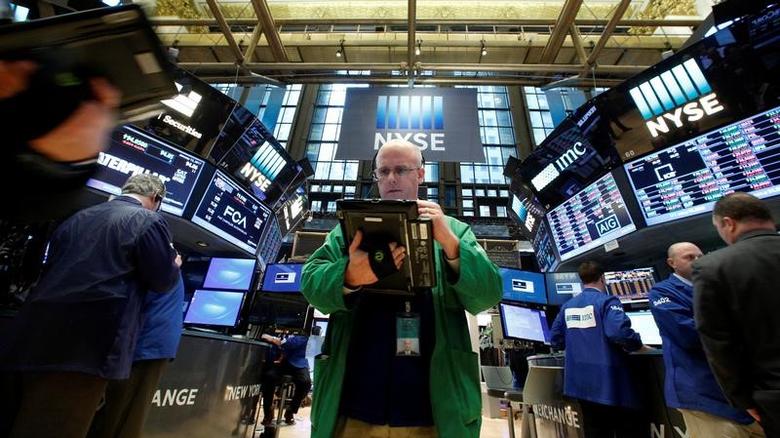 “The U.S. economy is about as close to the Fed’s dual-mandate goals as we’ve ever been” Federal Reserve Bank of San Francisco President John Williamssaid in Singapore on Monday. “With the attainment of our dual-mandate goals close at hand, it’s more important than ever for monetary policy to work toward what I like to call a ‘Goldilocks economy’ -– an economy that doesn’t run too hot or too cold.”

Don’t let the quiet start to the week fool you. Here are just some of the key events coming up:

And here are Monday’s main movers: