. as economy expands in April

The naira last week recorded mixed performance in the foreign exchange market even as the volume of dollars traded in the Investors and Exporters (I&E) window fell by 63 percent. Though the naira appreciated 30 kobo in the parallel market, it however depreciated by 35 kobo in the I&E window. 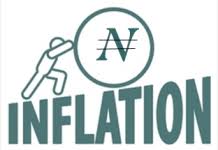 According to the naijabdcs.com, the exchange rate platform of the Association of Bureaux De Change Operators of Nigeria (ABCON), the parallel market exchange rate dropped to N359 per dollar last week from N359.3 per dollar the previous week, indicating 30 kobo appreciation for the naira.

Data from FMDQ, however, showed that the indicative exchange rate of the I&E window rose to N360.64 per dollar last week from N360.29 per dollar the previous week, indicating 35 kobo depreciation for the naira. The depreciation might not be unconnected with the sharp decline in the volume of dollars traded in the window last week, which fell by 63 percent to $700 million from $1.9 billion the previous week. The sharp drop in level of activities might be due to    the Easter holidays which reduced the number of days available for trading.

Meanwhile, the CBN sustained its weekly dollars sales of $210 million in the interbank foreign exchange market. The apex bank allocated $100 million to the wholesale segment of the market while the Small and Medium Enterprises (SMEs) segment received $55 million. Similarly, customers requiring foreign exchange for invisibles such as tuition fees, medical payments and Basic Travel Allowance (BTA), among others, were also allocated $55 million.

In another development, the CBN on Friday released its Purchasing Managers Index (PMI) report for April which indicated that expansion in economic activities persisted during the month. The report showed that 31 subsectors recorded growth while two subsectors contracted in April.

The report stated: “The Manufacturing PMI in the month of April stood at 57.7 index points, indicating expansion in the manufacturing sector for the twenty-fifth consecutive month. The index grew at a faster rate when compared to the index in the previous month.

“The composite PMI for the nonmanufacturing sector stood at 58.7 points in April 2019, indicating expansion in the Non-manufacturing PMI for the twenty-fourth consecutive month. The index grew at a faster rate when compared to its level in March 2019.