Usually, if the world wasn’t in the middle of a pandemic (though now abetting with vaccines rollout), as soon as the hot weather sets in, millions of people in cold temperate parts of the world, would be off to the beaches for sun-soaking – outdoor beach sporting – and relaxation – in the Mediterranean, the Pacific islands, US, South America, Asia, even parts of Africa.

Some spectacular beaches abound around the world – which drive beach tourism. Beach tourism is a travel for recreational, leisure or business purposes specifically on beaches. Beach bums (beach tourists) like sea breeze and salt water. They want a clear blue vision of the ocean. 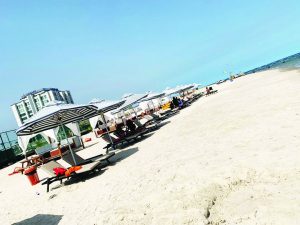 A recent study says that of all the forms of tourism, visiting a beach is one of the most popular. Beaches are the world’s most travelled destination. Travel and tourism (T&T) contributed $7.6 trillion to the world’s GDP in 2016, and exceeding the GDP of all countries other than the U.S. and China, according to the World T&T Council 2017. T&T is both the world’s and America’s largest employer, providing 298 million jobs throughout the world. Approximately 60 per cent of all European tourists prefer to vacation along the seaside. For the United States it is 43 per cent and China’s 68 per cent.

This year, Tripadvisor, a travel review site and beach ratings agency, has come out with 25 top beaches in the world. Australia’s Whitehaven Beach on its glorious Whitsunday Island, claimed the title of best beach in the world. It is also the world’s most visited beach. Santa Maria Beach in Cuba, Baia do Sancho in Brazil, Grace Bay in Turks & Caicos and Saint Pete Beach in Florida, USA also featured on the world’s top 25 beaches. 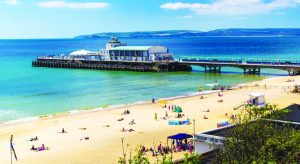 By regional classification, India’s Agonda Beach was named the best in Asia; Tanzania’s Nungwi the best in Africa; Australia’s Whitehaven the best in the South Pacific, and Brazil’s Baia do Sancho the best in South America. Saint Pete Beach in Florida was crowned number one in the US, Cuba’s Santa Maria Beach is the best in the Caribbean, and Playa Norte the best in Mexico.

Tripadvisor named St Ives as its top emerging destinations for this year. According to Hayley Coleman, Tripadvisor spokesperson: “St Ives is a well-loved and long-established tourist haven, with its picturesque harbour, beautiful beaches and buzzing art scene, but its place on this list shows just how much travellers are missing it and longing to visit again, once Covid-19 restrictions ease.” 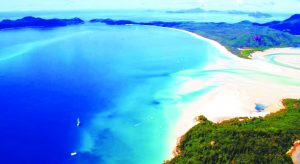 “White sands, rugged coastlines, the works — these are the beaches that travellers dream of all year long,” Tripadvisor said.

Nigerian beaches: either gone, neglected or abandoned –are pitiably below any reckoning or ranking. With an 800 km long coastline, Nigeria, a country on the eastern extreme of West Africa, could have been reaping huge if only it took care of its beaches – develop them into strong business for the global T&T market. With over 30 beaches, majority of them in Lagos, a city state – where hustle and bustle are a daily routine, Nigerian beaches are wasting ecotourism assets. Ecotourism is said to generate $77 billion in revenue and makes up 5 – 7 per cent of overall T&T. Sadly, none of Nigeria’s beaches has been developed into a global T&T destination.

Bar Beach in Victoria Island, Lagos, the white sand beach famous in the 1980s up to about 2000, is gone – first, it was eaten up by the Atlantic Ocean surges – and then finally got swallowed up by the Eko Atlantic City development.

In Rivers State, the hitherto popular Port Harcourt Tourist Beach in the 1980s and early 1990s – is uncared for. It has since been taken over for a jetty to ferry passengers across to Bonny Island. Today, no beach exists in the state, despite several smaller beaches in Buguma, Abonnema Wharf, etc.

In Cross River, the Calabar Marina Resort Beach, developed from a stretch of the Calabar coastline by Donald Duke, former governor (1999-2007), was neglected after Duke left office; but finally got abandoned by the incumbent governor, Ben Ayade.

For Akwa Ibom State, the Ibeno Beach in Eket, described as the longest sand beach in West Africa, and the region’s best beach, is hardly posing as a T&T destination, due to its poor development by the state government.

For Bayelsa State, created in 1996, the state government has never thought about developing a single beach from any stretch of its coastlines and creeks.

However, some private and public beaches are up and functioning, especially in Lagos – Oniru, Elegushi, Eleko, Atican Beach Resort, Whispering Palms, Baracuda, Suntan, Coconut Beach Badagry, La Campaign Tropicana, among others. The latest is Landmark Beach, which was featured recently by the CNN. Outside Lagos, we’ve hardly heard of private sector involvement in beach development.

The poor government attitude on beach development by Nigeria’s coastal states means that Nigeria is entirely missing out from the huge beach-driven global travel and tourism (T&T) market, which today employs 298 million people around the world, and contributed $7.6 trillion to the global GDP in 2016, according to data from the World T&T Council in 2017.