Mozambique, the south-eastern African nation on the fringes of the Indian Ocean, set to transform into a global liquefied natural gas (LNG) player with its discovered 125 trillion cubic feet (tcf) of gas since 2010, could well overtake Nigeria by end-2020 early 2021 in maximising export revenues, while ensuring local market are well supplied, says a new report by the Africa Oil Week (AOW). 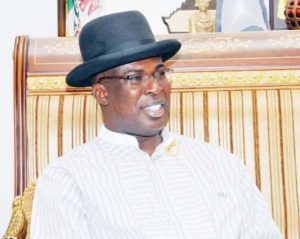 It comes in the wake of an expected ‘energy transition,’ when attention should largely shift from oil to gas. Experts say the energy transition offers an opportunity for governments of resource-rich countries to shift away from diesel and coal in the power sector and promote sustainable, lower cost and easier to develop renewable sources such as wind and solar in their energy mix. But gas will still be needed to electrify and industrialise economies, they maintained.

Already, resource-rich Mozambique has kicked off a reengineering of its economy along gas liquefaction capacity, with $400 million new funding from the Afreximbank for its $24 billion Area1 LNG integrated plant. The plant is adjudged Africa’s largest foreign direct investment (FDI) attraction, and one of the largest LNG projects in the world.

According to the AOW report sent to Business A.M., Nigeria and Mozambique are sub-Saharan African (SSA) region’s biggest gas resource holders. However, the two giants are at very “different stages in their evolution.”

Nigeria exports 3.5 billion cubic feet (bcf) of gas, mostly as LNG, and supplying over 1 bcf/d to its domestic market. While Nigeria’s domestic market “suffers from uncertain fiscal and commercial frameworks along its value-chain”, Mozambique, which has been exporting gas to South Africa since 2004, and supplying a small domestic market since 2012, plans to maximise export revenues, while ensuring its local markets are well supplied, the report said.

It added that the discovery of over 125 tcf of gas since 2010 will transform Mozambique into a global LNG player. The country’s LNG production, operated by a small group of companies, could overtake Nigeria by the late 2020s. With almost unlimited resources, the government will benefit from maximising export revenues, the AOW gas experts said.

The AOW advised Nigeria, which recently signed its LNG Train 7, a project expected to cost about $7 billion and come on stream by 2025, to ensure that its planned gas reforms focus on “promoting economic growth, not just boosting an existing revenue stream.”

Meanwhile, Angola, another SSA’s main gas exporter and existing infrastructure, coupled with new fiscal terms for gas, could be a catalyst for spurring domestic demand; while first phase of developments offshore Mauritania and Senegal are Floating LNG projects. Supply to domestic markets is unlikely until the late 2020s. However, a new gas code in Senegal may accelerate domestic supply ambitions, said the AOW report which was titled, “SSA’s Gas Opportunities: Are Governments Doing Enough?”

According to the report, sub-Saharan Africa’s smaller gas resource holders face stiffer challenges, and may offer only one or two projects to satisfy domestic needs. Opportunities could attract the attention of E&Ps, infrastructure or local investors if the right policies and incentives are in place.

The SSA typically suffers from low gas prices, high costs and a lack of infrastructure. Uncertain regulatory and commercial frameworks and inadequate governance have also hindered upstream and downstream markets. Combined with periods of commodity price and financial uncertainty, very few gas projects have made the grade. Put simply, developing gas for domestic use has been too hard, AOW said.

It said further: “The energy transition offers an opportunity for governments to shift away from diesel and coal in the power sector. Governments are promoting sustainable, lower cost and easier to develop renewable sources such as wind and solar in their energy mix. Gas will still be needed to electrify and industrialise economies. But in a post COVID-19 world, governments may need to consider holistic energy taxation policies to ensure legacy investors remain in the long term. If they don’t, the energy transition may be forced upon them. The Euro Majors are putting low or net-zero carbon at the centre of long-term strategies. Less capital will be allocated to the upstream and only the best projects within global portfolios will advance; there are very few of those in SSA. Operations will be scaled back, and key players could exit”.

Meanwhile, it warned that any loss of technology, expertise and funding would be hard to replace, adding that national oil companies (NOCs) like Nigeria’s NNPC and Angola’s Sonangol, may need to fill the breach. “But they are far behind their Asian counterparts in their ability to do this. Opportunities will arise for indigenous firms, independents and private equity. But they need greater operatorship capabilities and access to finance may be a barrier,” it warned.