Nigeria needs to create 19 million jobs annually in order to narrow the widening unemployment deficit in virtually all sectors of the country’s economy. 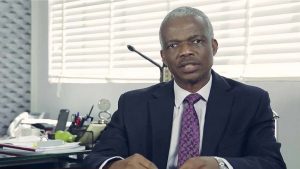 Doyin Salami, chairman of the Presidential Economic Advisory Council (PEAC) made this disclosure while commenting on the challenges faced by the economy during a webinar organised by the Nigerian Stock Exchange, the Nigerian Investment Promotion Council and Nigeria Governors’ Forum.

Salami noted that so far, Nigeria’s economy, despite being Africa’s largest, hasn’t performed well, and that this has led to a contraction. He added projections are that the economy will continue to contract for the rest of the year.

He bemoaned the fact that the country’s attention has typically been focused on the federal government, especially in terms of the balance of its recurrent and capital spending, noting that for Nigeria’s economy to grow, investment is going to be at the heart of that growth. But sadly, Nigeria’s investment to GDP ratio is currently put at between 15 to 18 per cent.

“If we are going to make any meaningful progress, we need an investment to GDP ratio that does not fall at any time, perhaps over the next decade, below 25 to 30 per cent. So, no matter how we look at it, investment is going to be the fundamental catalyst for growth,” he said.

Salami further asserted that the nation’s unemployment and underemployment rate stands above 54 per cent, an indication that a majority of the country’s labour force are either underemployed or completely unemployed.

Speaking on a remedy to the employment challenge, the PEAC chairman suggested the creation of 19 million jobs annually. He however noted that for the country to achieve this, the private sector has to play an active role in creating employment opportunities rather than shifting the responsibility on the government sector.

He explained that the country’s revenue profile is dominated by the private sector while the government sector, both federal and state, accounts for somewhere around 10 per cent.

The National Bureau of Statistics in its Labour Force Statistics report of August 2020 stated that 17 million people, equivalent to 78 per cent of Nigeria’s unemployed population, lost their jobs between 2014 and 2020.

A report by PriceWaterhouseCoopers, a multinational auditing, financial and advisory firm, shows that organisations and firms have been resorting to job-cutting measures to lessen the impact of the covid-19 pandemic on business and the redundancy rate could reach 30 per cent in Nigeria before the end of the year.