Nigeria’s federal government has disclosed new plans to strengthen and solidify its wobbling agricultural sector  in 2022 through enhanced provision of agricultural incentives and maintenance of existing agricultural institutions across the six geopolitical zones of the country. 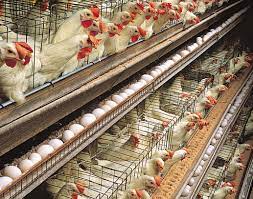 Mohammed Abubakar, minister of agriculture and rural development said the measure is to give more impetus for the realization of food security and intercontinental food production, adding that the federal government has also taken  a resolution to empower women and youths through poultry agriculture in order to elevate self economic reliance among them.

He stated this when he commissioned an ultra-modern Rubber Rural Resources Centre with LOHASHILPI Sheeting  Processing Technology at Ndioko Izombe, and a 1000 capacity poultry farm at Umuelem and Umuokoro Umuihi, in the Oguta and Ihitte Uboma local government areas of Imo State.
Iwuchukwu Onyema, a director in the Imo State Ministry of Agriculture, who represented the minister of agriculture and rural development, emphasised the importance of the two facilities,  saying  that rubber is  an essential raw material that is used in the creation of more than 40,000 products, including medical devices, surgical gloves, aircraft and car tyres, as well as pacifiers, clothes and toys, but poultry farming, which contributes to the nation’s Gross Domestic Product (GDP), increases domestic income.
Dwelling extensively on the importance of poultry farming, the minister explained that a recently released economic study indicated that 1.6 million jobs emanate from poultry farming in the USA, just as rubber, which is a natural product produced from a tree called Hevea Brasiliensis is useful in a number of ways in society.
“The natural rubber produced from plants is classified as a polymer, which is a chemical compound with large molecules made of many smaller molecules of the same kind,” he said.
Shedding more light on the importance of rubber in society, Iwuchukwu, who also spoke in his own capacity as the state director of the ministry, urged indigenes of the benefiting communities to guard against vandalization of government establishments in their areas, pledging that steps would be taken to meet their requests from government.
Donatus Emedoro, chairman of Izombe Rubber Farmers Multi-Purpose Cooperative Society, who spoke in the same manner with a number of some  stakeholders from the area, expressed gratitude to the minister for the establishment of the centre in the state and four others out of the 18 rubber producing states in the country.
Emedoro also extended his gratitude to both the national president of the National Rubber Producers Processors Marketers Association of Nigeria (NARPPMAN), Ogbunisun Peter, the patron of the body, and Fortunatus Onyeaghala, for their immeasurable contributions towards the actualization of the project. He however regretted that the absence of water boreholes has continued to hinder effective production in the area.
He therefore appealed that the situation be tackled, including fencing of the site and proper training of the personnel, among others, to effectively man the machines and other sundry aspects necessary for optimum production of rubber sheets.
Businessamlive Website Stats