Nigeria needs to undertake swift and audacious reforms to stop the rapid decline of its economy and the resultant negative impact on its citizens, according to Agora Policy, an Abuja-based policy think tank. 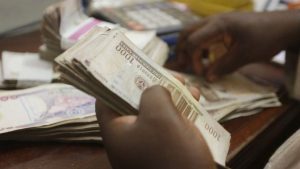 Agora Policy, in its maiden report titled “Options for Revamping Nigeria’s Economy”, argued that Nigeria’s economy is not in sound health despite posting positive GDP growth in six consecutive quarters and having the biggest GDP in Africa.

The policy think tank, in its analysis of Nigeria’s economic datasets from 2011 to 2021, further maintained that many of the macro-economic fundamentals have worsened and the level of inclusive development is low.

The report, which was published on Monday, identified the major challenges confronting Nigeria’s economy to include lean and narrow revenue and export base, soaring debts and deficits, limited trade and investment, suboptimal government spending, growing inflation, unemployment and poverty.

Data points from the report show that Nigeria has not only underperformed its peers but also regressed on most socio-economic indicators between 2011 and 2021.

Finances of the federal government, the report said, have been defined in the last decade by a stark mismatch between expenditure and revenue on one hand and by an explosion of debts and deficits on the other.

According to the report, Nigeria has a major debt challenge in which the public debt is not only understated but has also become a major drag on public finance. It stated further that the proportion of expenditure going to debt service is consistently expanding, and debt service has grown to become the highest component of expenditure, thus crowding out other expenditures critical to economic growth and human development.

The report interrogated the suitability of using the Debt Sustainability Framework (DSF) for low-income countries for Nigeria.

“For a country like Nigeria where domestic debt is higher than external debt, negating domestic debt service in any analysis will not give a true picture,” the report stated.

To address these issues, the report said Nigeria needs to undertake swift, bold and far-reaching reforms to halt the precipitous decline and the attendant negative impacts on citizens’ welfare. It added that these reforms must be undergirded by inclusion, transparency and accountability.

The report also discussed the gender and spatial disparity in Nigeria, noting that the level of human development is low and exacerbated by poor structure of the population as well as limited inclusion.

To improve human welfare in the country, the report recommends special policy attention to the gender and spatial dimensions of poverty and unemployment and agricultural productivity, and increased investments in rural infrastructure, in education, family planning, vocational training, agro-processing and light manufacturing.

Dwelling further on Nigeria’s economic challenges, the report noted that one of the most critical policy issues for the federal government is inadequate revenue. The report showed that the tax revenue-to-GDP shrank from 8.2 percent in 2011 to 4.4 percent in 2019.

It added that the tax figure for the Nigerian government is the lowest for central governments in Africa, noting that the revenue problem is compounded by leakages such as increase in oil theft and petrol subsidy, both of which significantly reduce the revenue from oil sales that used to account for the bulk of government revenue.

The report contended that petrol subsidy is no longer sustainable and should be removed but its removal should be accompanied with effective communication and targeted transfer to the vulnerable.

On the other hand, some of the measures recommended to boost revenue include: undertake petroleum sector reforms to end petrol subsidy and checkmate oil theft; ensure greater compliance in remittances by revenue-generation agencies; further diversify revenue sources for government; Increase tax base and improve efficiency of tax collection; raise tax rates on luxury/’sin’ items and VAT; and sell and concession some government assets.

The report also highlighted other recommendations, including prioritisation of job creation strategies with special focus on Small and Medium Scale Enterprises (SMEs); scaling up investment in education, especially technical and vocational skills training; expanding investment in critical infrastructure, including through public private partnerships; and increasing coordination across tiers of government on poverty alleviation programmes.

Commenting on the report, Waziri Adio, founder/executive director of the non-profit policy research and practical solution organisation, said the decision to focus on the economy was driven by the need to expand policy and programmatic options for the current and next administrations.

“Everything revolves around the economy and there is no better time than the electioneering period to do a health check on the economy and come up with ideas and prescriptions for better economic outcomes,” Adio said.

The Agora Policy report was produced with the support of the MacArthur Foundation and is the first of four policy papers commissioned by Agora Policy to contribute to national debate before, during and after the landmark 2023 elections in Nigeria. The other three reports, which will be released soon, focus on security, gender and social inclusion, and transparency and accountability.