Wheat flour is globally acclaimed as an excellent and key component in the production of bread and other flour-based confectioneries, a prominence spanning across many generations. According to nutritionists, its peculiar qualities derived from the gluten proteins it possesses which form a viscoelastic network with water, makes it a very good cereal for making bread. 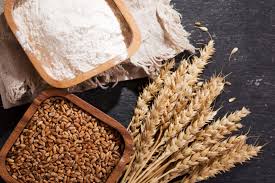 Consumer market outlook of Nigeria’s bread consumption as a staple food shows that the market for bread is national and the country’s rising population, currently estimated at 209 million (Worldometer elaboration of the latest United Nations data), indicates that Nigeria requires a high volume of wheat flour to sustain demand as local production has failed to satisfy a rapid demand.

Data by the International Trade Administration (ITA) showed that Nigeria imported an estimated $1.8 billion worth of wheat in 2019 and nearly $2 billion in 2020.

Statistics presented by the Central Bank of Nigeria (CBN) also confirmed Nigeria’s high import expenditure when it disclosed that the country spent about $6 billion on importation of wheat from 2016 to June 2020.

The rising price of wheat and the importation expenditure have bitten hard on the finances of many countries around the world including Nigeria, necessitating the need for a more cost effective alternative to wheat flour.

On this basis, many agriculture experts have recommended the adoption of cassava, one of Nigeria’s most abundant and dominant food crops as the most optimal alternative. Evaluations and observations by sensory analysis to get the acceptable flour quality using high quality cassava flour confirm that a content of 30 per cent cassava flour mixed with wheat flour produces standardised bread, a confirmation of cassava flour proficiency. 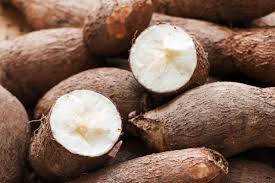 More so, the Food and Agriculture Organisation in its 2019 ranking of top cassava producing countries indicated Nigeria as the world’s largest producer of cassava. The West African economic powerhouse produced over 59 million tonnes of cassava in 2019, nearly 20 million tonnes more compared to the Democratic Republic of Congo’s  40 million tonnes and almost double of Thailand’s 31 million tonnes, the third highest producer in the world.

Dwelling on this, Muda Yusuf, director general, Lagos Chamber of Commerce and Industry (LCCI), bemoaned that despite the country’s remarkable cassava yield and the present government’s continuous call for self-sustenance in the agriculture sphere, the commitment to actualise cassava as a substitute/supplement for wheat flour has remained stagnant while the institutions supposed to effectuate the policy have remained silent.

Cassava flour projects of past administrations

The cassava flour inclusion programme was introduced in 2002 by the Olusegun Obasanjo-led government with the aim of lowering Nigeria’s expenditure on wheat imports, price stabilisation, and creation of new markets. The policy stipulated strategies encouraging flour millers and all categories of bakers to utilise at least 10 per cent cassava flour in place of wheat flour in the production of bread and flour-based confectionaries.

Despite recording an increase in the country’s local cassava production and stamping Nigeria’s production dominance as the largest cassava producer in the world, the initiative failed to attract millers’ patronage with many complaining of the inability to get high quality grade flour required for industrial use.

It was rejuvenated in 2012 during Goodluck Jonathan’s administration wherein the reduction of wheat flour to ensure the utilisation of high quality cassava flour was made a priority. Cassava flour inclusion rate in bread production was targeted to increase from 10 per cent to 40 per cent by 2015. Unfortunately, the policy failed to yield expected results as delayed policy implementation capped by hindrances in cassava production/processing and little response from many flour millers, ignorance on the part of bakers on the use of cassava flour and the inability of industries to meet the demand of bakers dampened the project.

Commenting on the challenges of the policy, Audu Ogbeh, erstwhile minister, Federal Ministry of Agriculture and Rural Development (FMARD), disclosed that the trade wars in the international market was vicious and played a role in strangling the cassava flour programme.

He stated that powerful countries who dominated the wheat market, knowing the policy would lead to a significant fall in Nigeria’s wheat importation, ensured that wheat prices were made easily affordable for importation. As a result, wheat flour was at a more reduced price compared to the locally derived cassava flour and this to an extent, discouraged bakers and flour millers from purchasing cassava flour, despite the efforts of the government and research institutes in ensuring that the cassava flour was of the high quality required for production of bread and related confectioneries.

According to Babafemi Oke, South West coordinator, Cassava Stakeholders Association of Nigeria, the price tag per tonne placed on cassava by the government was N80,000 per, which was not encouraging to the farmers as it  was way too low compared to the expenditure involved in cassava production, which in many cases, was above N100,000. This was coupled with the stress the farmers undertook to meet with demand, which he described as very taxing.

He added that Honeywell Flour Mill showed interest in the purchase of cassava to produce the flour but the price they offered to pay the farmers wasn’t favourable to the farmers. So, rather than process the cassavas into flour, the farmers preferred to have them converted to garri or fufu powder, a less expensive cassava processing.

Elijah Ohimain, an agricultural expert and research analyst in one of his research studies, stated that the challenges of the cassava flour policy were due to the nature of cassava production process, marketing and consumption in Nigeria.

He explained that cassava is a perishable commodity and its decay starts from the second day after harvesting, thus making it lose value for industrial use.

He also blamed the slow nature of manual process of producing cassava flour for the lower quality of flours recorded by some of the flour millers.

Speaking on how the policy can be revived and effectively implemented by the present administration, Babafemi Oke said the government has to show genuine interest and the price they offer is favourable compared to that of past administrations. He also said there has to be provision of cassava processing amenities in the localities of the farmers because cassavas are perishable crops which have to be processed the same day they are being harvested to avoid quality loss.

Oke also suggested that the high cost of cassava production and processing, which is currently higher compared to wheat, needs to be reduced so it can be made attractive to flour millers and in return, encourage more investments and patronage in Nigeria’s cassava value chain.

“The trucks used in transporting the cassavas should also be either supplied by the government or given tags so that police or other officers will not disturb or delay them on the road because such delays will affect the production process one way or the other.  If all these things are put in place and the government provides an enabling environment for the farmers, there is no doubt the cassava flour policy can be made a reality,” Oke added.

Segun Adewunmi, President of the Nigeria Cassava Growers Association (NCGA) asserted that appropriate investments to enable farmers produce high quality cassava to enhance processing into cassava flour for millers need to be implemented by the government, agricultural research institutes and projected to attract the support of financial institutions.

Adewunmi also recommended rigorous research on cassava flour inclusion, to ensure that the cassava flour produced are in perfect conformity with wheat varieties in the production of bread and related confectioneries.

Oluwaseun Martins, a baker based in Lagos said the idea of cassava inclusion in bread production is a good development but for its consumption and patronage to be encouraged, Nigerians need to be enlightened on the health benefits and economic relevance.

He added that the sustenance and continuity of the project by succeeding administrations will go a long way in ensuring that Nigerian bakers, flour millers and consumers embrace cassava flour in bread production.