A recent survey conducted by PricewaterhouseCoopers (PwC), a leading professional services firm in Nigeria, has shown that there is an overwhelming 92 per cent public support for Nigeria’s Finance Act 2020, just as majority of respondents was most excited about the reduction of minimum tax from 0.5 per cent to 0.25 per cent of business turnover. 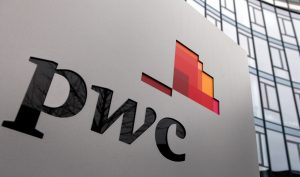 Taiwo Oyedele, fiscal policy partner and West Africa tax leader at PwC Nigeria, disclosed this while sharing insights on how the Finance Act 2020, and other significant changes that have been made to the existing laws in the Act, will shape Nigeria’s tax environment in 2021.

According to Oyedele, respondents were also asked to indicate which three initiatives they would support the government to fund the budget deficit and cater for the various tax reliefs.

“On the changes to existing laws from the Finance Act, the majority of respondents were most excited about the reduction of minimum tax from 0.5 per cent to 0.25 per cent of business turnover. Although only 36.9 per cent of respondents agree that the Act addresses their business challenges, an overwhelming majority (92.2%) support the Finance Act 2020. Businesses considered technology and tax intelligence as the most efficient for the government to catch tax evaders and raise revenue,” he said.

Providing the results from the survey during the virtual executive roundtable which was monitored by Business A.M recently, Taiwo revealed that over half (59.7%) of the total respondents said they did not agree with the idea of transferring unclaimed dividends and dormant account balances to a Trust Fund as proposed by the federal government. Also, the survey highlighted that 31.2 per cent of respondents do not agree with the plan to introduce excise duty on telecommunications services followed closely by 30.3 per cent of the surveyed population who do not agree with the deployment of technology by FIRS to plug into taxpayers’ systems.

“67.8 per cent voted for the use of technology to catch tax evaders and aggressive tax avoiders. This appears to be in contrast with the small but significant percentage of respondents who do not want technology deployed into taxpayers’ systems. 62.2 per cent of respondents will support public procurement efficiency and fiscal responsibility by ministries, departments and agencies (MDAs) of government while 46.3 per cent of respondents said they would support the taxation of foreign companies under the Significant Economic Presence and new VAT rules,” Oyedele revealed.

Meanwhile, commending the government for the decrease in the minimum tax rate, he advocated for the permanent exclusion of the tax, which often taxes companies that are vulnerable especially when they are making losses.