A new Central Bank of Nigeria (CBN) survey has revealed that Nigerians believe the economy would end up weaker with rising inflation which has found comfort on the economy and reaching its highest in 32 months to a record 14.23 per cent in October. This is contained in the inflation attitudes survey conducted by the statistics department of the Central Bank of Nigeria (CBN). 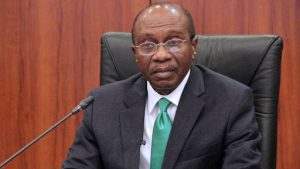 According to the survey, which was accessed by Business AM on the CBN website, it shows that given the trade-off between inflation and interest rates, many Nigerians prefer interest rates to fall than see inflation rate to rise.

Similarly, on the expected change in interest rates on bank loans and savings over the next 12 months, the report revealed Nigerians expressed mixed reactions as an ample number of respondents expect rates to rise while others believe that rates will decline.

The quarterly survey is carried out by the apex bank on households’ expectations on changes in prices of goods and services in the last twelve months and their expectations of price changes over the next twelve months. Similarly, the survey is conducted on the grounds that inflation expectations and public understanding of what influences these indicators are important parameters for effective monetary policy formulation.