The huge metering gap for end-use customers has been identified as a major challenge in the electricity sector as the number of unmetered electricity consumers in Nigeria rose  to over 7.8 million as at March 2022.

The Nigerian Electricity Regulatory Commission (NERC) made this disclosure in its just-released first quarter 2022 report, where it estimated that of the 12,542,581 registered energy customers as at March 2022, only 4,740,114 or 37.79 per cent have been metered. 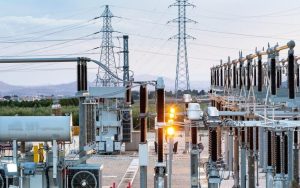 This, the report pointed out, indicates that a total of 7,802,467 electricity users do not have meters and receive estimated monthly bills.

“At a macro level, quarterly meter installations have been reducing as a result of the winding down of the National Mass Metering Programme phase 0.

“This can be explained by the constant updating of Discos (distribution companies) customer base information as a result of ongoing customer enumeration,” the report stated.

However, the commission maintained that it had remained in contact with the key stakeholders to guarantee monthly increases in the metering rate.

The NERC also said it was also putting in place safeguards to prevent overbilling of unmetered by establishing maximum limits on the amount of energy that might be billed to an unmetered customer in a given time frame.