The Nigerian Ports Authority (NPA) is taking the development of eastern ports head-on and willing to do anything legitimate to attract investments to the ports, as this is in line with President Muhammadu Buhari administration’s ease of doing business policy, Hadiza Bala Usman, the authority’s managing director has said. 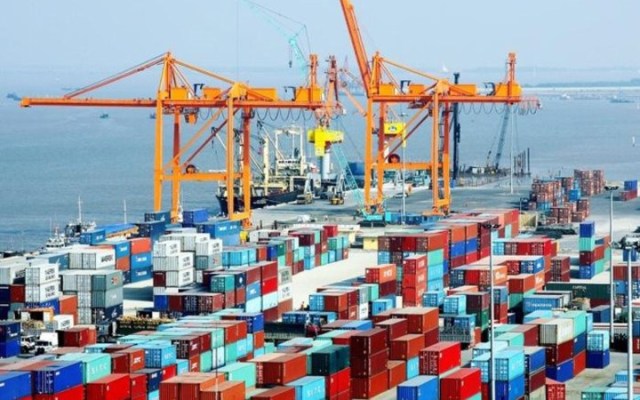 Hadiza said this while hosting members of the House of Representatives ad-hoc committee on Ports and Habours at the Marina, Lagos headquarters of the NPA recently.

She said the management of the NPA was working with all relevant stakeholders towards tackling the challenges that hamper patronage of the eastern ports.

She enumerated issues that discourage vessel owners from patronising the eastern ports to include insecurity on the waterways, shallow depths which hinder the movement of big vessels, as well as the problems of poor access roads and absence of rail linkages to ports in these areas.

On the issues of draught limitations, Hadiza explained that, following the approval of the contract by the Federal Executive Council last year, dredging works have been completed on moving the Warri channel draft to 7.5m while consultants have been engaged to advise on level of investments needed to improve the infrastructural capacity of the port in Port Harcourt.

“At the moment, Onne Port is functioning at full capacity. The NPA has also granted all requisite approvals for the construction of the Lekki Deep Seaport for which development has started. We are now awaiting response from the promoters of the Badagry Deep Seaport to enable conclusion on the final outline business case for the project,” she told the lawmakers.

She pointed out that multinational shipping lines were becoming increasingly disposed to patronising deep seaports which allows for big vessels and aid economies of scales, noting that Nigeria would only assure its future market share in the industry with the development of deep seaports.

“In the aspect of security, we are working with the Nigerian Navy, the Nigerian Maritime Administration and Safety Agency (NIMASA), and the Port Police Command to combat crimes on the nation’s waterways and assured that progress is being made on this front.

We are in the process of purchasing patrol boats to improve upon what we are doing with security agencies.

For port access roads nationwide, the NPA has drawn a basket of such roads across the country and written to the Federal Ministry of Works and Housing about the need to prioritise the rehabilitation of these roads. The ministry has commenced implementation of this process with the recent award of the construction of Ikom Bridge, which is a key road connecting Cross River State to the North-Eastern part of the country. Again, these steps will provide better linkages to the hinterland and attract more business to the eastern ports,” she stated.

Chairman of the ad-hoc committee, Buba Yakub had earlier explained that the committee was on a fact finding mission on reasons why the eastern ports are not working as optimally as the western ports and how much that affects national development.

Yakub noted that this assignment would take his committee round all the ports and at the end of the day, generate a blueprint on how to improve patronage at the eastern ports and prevent agitations from host communities.