Oando Clean Energy Limited, a renewable energy subsidiary of Oando Energy Resources and a part of the Oando Plc, has said Lagosians would ride on electric-powered Bus Rapid Transit (BRT) buses by 2023.

Ademola Ogunbanjo, executive vice president, Oando Clean Energy, stated this during a webcast session titled “Climate Change and Its Implications on the Nigerian Energy Sector” held recently, saying the proof of concept of the electric buses’ deployment in Lagos would commence in January 2023. 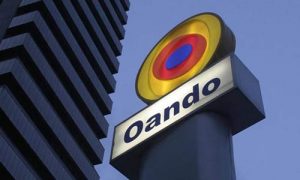 In April 2022, Oando signed a Memorandum of Understanding (MoU) with the Lagos Metropolitan Area Transport Authority (LAMATA) for the introduction of electric mass transit buses in Lagos, a major economic hub in Nigeria.

“We, in Oando Clean Energy Limited, we are deploying that in partnership with the Lagos State Government. By this time next year, if you are in Lagos, you will be able to jump on a BRT bus that’s 100 per cent electric,” Ogunbanjo said.

“We will run the proof of concept by January 2023 and then we roll out fully before the year is over, and hopefully, overtime, as the cost of electric buses go down, we particularly want to begin to assemble or manufacture locally in Nigeria.

“And good enough, if you look at the Net-zero Plan of the federal government, we are looking to start doing that by 2025. What this means is that our transport fares will go down because we are taking alternative route,” he said.

Speaking on the comparison between combustion engine buses and the electric version, he explained, “For example, for a diesel engine bus of 10.5 metres to go 1kilometer, you need 1.56 litres of diesel. At today’s prices, that’s about N1200. For an electric bus of the same size, it will take you 1.36 kilowatt/hour. At today’s rate, that’s less than N500. And this is in the hope that overtime, as we deploy electric vehicles, the costs will go (further down).”

He noted that storage was still an important part of providing renewable energy, especially from sources like wind and solar, but he argued that as technology is implemented, it gets better, and there is a proliferation of solutions, prices will fall and it will be more accessible to the general public.

“So there is need for us to very quickly, rapidly work together with the government to invest in the sector so that we can cushion some of the effects of the elements you mentioned,” Ogunbanjo said.

He said that there was opportunity for renewable energy sources even though fossil fuels were being needed to power energy consumption on a global scale.

There is opportunity for green energy to expand across the continent given that 600 million of Africa’s 1.3 billion inhabitants lack access to electricity, with Nigeria having the worst statistics, he said.