Oil prices fell on Thursday pressured as U.S. crude stockpiles surged to their highest levels in almost 17 months amid record production and as economic concerns cast doubt over growth in demand for fuel. International benchmark, Brent, futures were at 71.44 dollars per barrel at 0424 GMT, down 29 cents or 0.4 per cent from their last close. 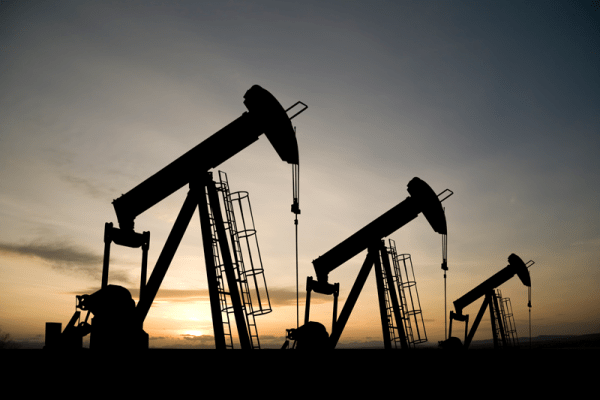 U.S. West Texas Intermediate (WTI) crude oil futures were at 64.28 dollars per barrel, down 33 cents or 0.5 per cent from their previous settlement. U.S. crude inventories rose seven million barrels to 456.6 million barrels in the last week, their highest since November 2017, the Energy Information Administration said on Wednesday.
U.S. crude oil production remained at a record 12.2 million barrels per day (bpd), making the United States the world’s biggest oil producer ahead of Russia and Saudi Arabia. There are also concerns that an economic slowdown will soon dent fuel consumption after the International Monetary Fund this week downgraded its global growth forecast to the lowest in a decade.
Despite the surge in U.S. supply and the economic concerns, global oil markets remain tight amid supply cuts led by the Organisation of the Petroleum Exporting Countries (OPEC), U.S. sanctions on oil exporters Iran and Venezuela, and escalating fighting in Libya.
“Oil markets will remain tight as long as Saudi Arabia continues to back the production cut deal as aggressively as it has done so far,” said Ole Hansen, head of commodity strategy at Saxo Bank. Brent and WTI have risen by around 30 and 40 per cent respectively since the start of the year.
“Pressure to global supplies continues to mount because of sanctions-linked problems in Iran and Venezuela and rising geopolitical risk in Libya,” said Stephen Innes, head of trading at SPI Asset Management.
Beyond the short-term outlook for oil markets, a lot of attention is on the future of demand amid the rise of alternative fuels for transport.
“We believe global demand has another 10 million barrels bpd of growth with over half from China,” Bernstein Energy said in a note on Thursday. Current oil demand stands around 100 million bpd.
Bernstein said it expected oil demand to peak around 2030, but added that “we expect a long plateau rather than a sharp decline” in consumption after that. “While no industry lasts forever, the age of oil is far from over,” Bernstein said.