The irregular state of electricity supply in the country is as old as the country. Despite the various efforts of successive governments between 1999 and now to redress the situation, which involved huge capital expensiture, these efforts have yielded only very little results. The latest was the sum of N900 billion spent over the past four years as stated by Yemi Osinbajo, vice-president yet. The parlous state of power in the country has affected the operations of  industries, small and medium scale enterprises (SMEs) and startups.  In this interview with Business a.m’s Kenneth Affor,  the chief executive officer of Reohob Nigeria Limited, RERE OBAISI, suggests the adoption of solar energy as a way of solving the power problem.

How efficient is solar energy as an alternative to the conventional source of electricity we are used to in the country?

It is quite efficient, it is absolutely efficient. Whatever the grid can do the solar can do, the only difference is cost implications. As regards efficiency, yes, it is very efficient. There are solar systems that can power what people use for industries. For example, at Reohob we have something that can power as many as ten air 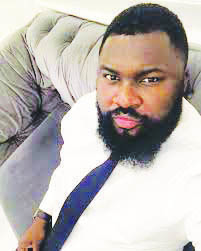 conditioners. Solar energy is really efficient, gone are the days when they think solar is meant for just a few bulbs and few things. Everything is possible, even in Apple headquarters, they are all going in the renewable energy way; the queen of England’s house (Buckingham Palace) is powered by solar. So it is quite important that people see this on a large scale. Solar is powered from the sun and we know it is unlimited. What resources can you have in the world that is as much as the resources from the sun? The only thing is harvesting it. The more the solar panels you have, the more power you harvest, the more you can use it. So, of course, if you have more solar panels, the more the power. There is a stadium right now that its entire roof is covered with solar panels and then it probably generates what can power two countries.

How profitable is solar energy?

Of course, it’s a business, though I can’t say how profitable is it compared to other business but at least if it is a business. That means it is profitable.

If solar energy generation goes into full scale like what we have on ground from what the generating companies (Gencos) and distributing companies (Discos) are doing, and if the country adopts solar energy as its main source of electricity, can the profit margin be as high as we have now?

Of course, it’s going to be more. Like I said, the person or the thing giving you that resource is unlimited, it comes directly on like the water, there is no dam or sea around this area but there is sun, here the resource is the main thing so, if it goes into full scale it’s going to be way more profitable. In developed countries, they are already paying people for the use of solar, they have incentives; if you install a solar system in your house, you can sell the excess of it to the grid and they will pay you for it and that is working already in developed countries.

Who are your dominant customers?

The most are home users and office-based people. Our customers base cuts across; we have installed for hospitals, schools, farms but majorly are homes and offices.

What are the challenges facing renewable energy in the country?

Funding and awareness. Nigeria is a kind of country that whatever they want, whatever is in vogue is what they follow. So, for now, everybody is still thinking but, little by little they are beginning to leave generators. I know there was a time of a generator craze, so that is it. The awareness is another challenge that we on a daily basis are pushing out the advantages of renewable energy over generators. Then funding basically. You need money to produce solar panels, you will need money for any kind of business, that is a general challenge, but aside that it’s just business.

Has there been any assistance from the government in contributing their quota to renewable energy generation to private companies like yours?

What can spur people’s interest in renewable energy?

Permit me to say, it’s common sense, people still need us to explain. So let me explain it. First, with the solar systems, you don’t need too much maintenance as much as the way you maintain your generators or the way you buy fuel every day, you don’t buy anything, once you’ve installed the system. The sun, you are not paying for the sun, the sun shines as God would have it till when it goes down, so you are not paying for anything, what you end up paying for is changing your batteries every three to four years, that is one advantage. The advantage of no noise pollution, the advantage of eliminating smoke (carbon (IV) oxide, CO2) into the atmosphere, these are things that clearly tell you the advantages of solar over generators.

I am sure if you have been on social media recently, you would have heard of a couple of families dying in numbers, most of them from fumes of generators. You don’t die from fumes when using solar because it doesn’t produce smoke. So, those are the advantages that are clear enough. No noise pollution, no smoke pollution or hassle of change-over; the system automatically goes off if power from the grid comes up and if the grid is off it automatically turns on by itself without any break in transmission. It also has low maintenance costs and the ability to save more at a period of time. If you spend, for example, N1,500 to buy fuel for your generator every day, if you have a solar system, you can be saving that N1,500 every day that is good money over a period of time. So, these are the basic advantages.

What is the required capacity of energy needed to power a house, 24/7?

Is there an exact figure for maintenance cost because when people hear of solar energy, what comes to their mind is how much will it cost to maintain it? So, is there a figure it will cost for maintenance?

There is no exact figure, it’s dependent on what you are powering it on from the solar system. Your house can be a four-bedroom apartment and you might need N1,000,000 to power it, your house can be a single room apartment and you might need N120,000 to power it, it is dependent on what you want to power, so there is no figure to it. As regards to maintenance, it is not high in maintenance cost, it’s very low. For example, the solar panel should be cleaned whenever they gather dust over a period of time, if you have access to your roof, you can carry a mob and soap and wash your solar panels, or mob them with ordinary water, it’s not a problem.

How sustainable is solar energy and what are the advantages it has on the economy?

How do you see the acceptance of solar energy in the coming years?

It’s getting better, I started seven years ago, it’s moving at a slow pace. Africa is just trying to catch up.

What would be the next big thing in renewable energy?