Femi Gbajabiamila, Speaker of Nigeria’s House of Representatives, has
given firm assurances that the 9th National Assembly will prioritise the
passage of the Petroleum Industry Governance Bill (PIGB) in order to
consolidate and reposition the oil and gas industry for the benefit of
all Nigerians. 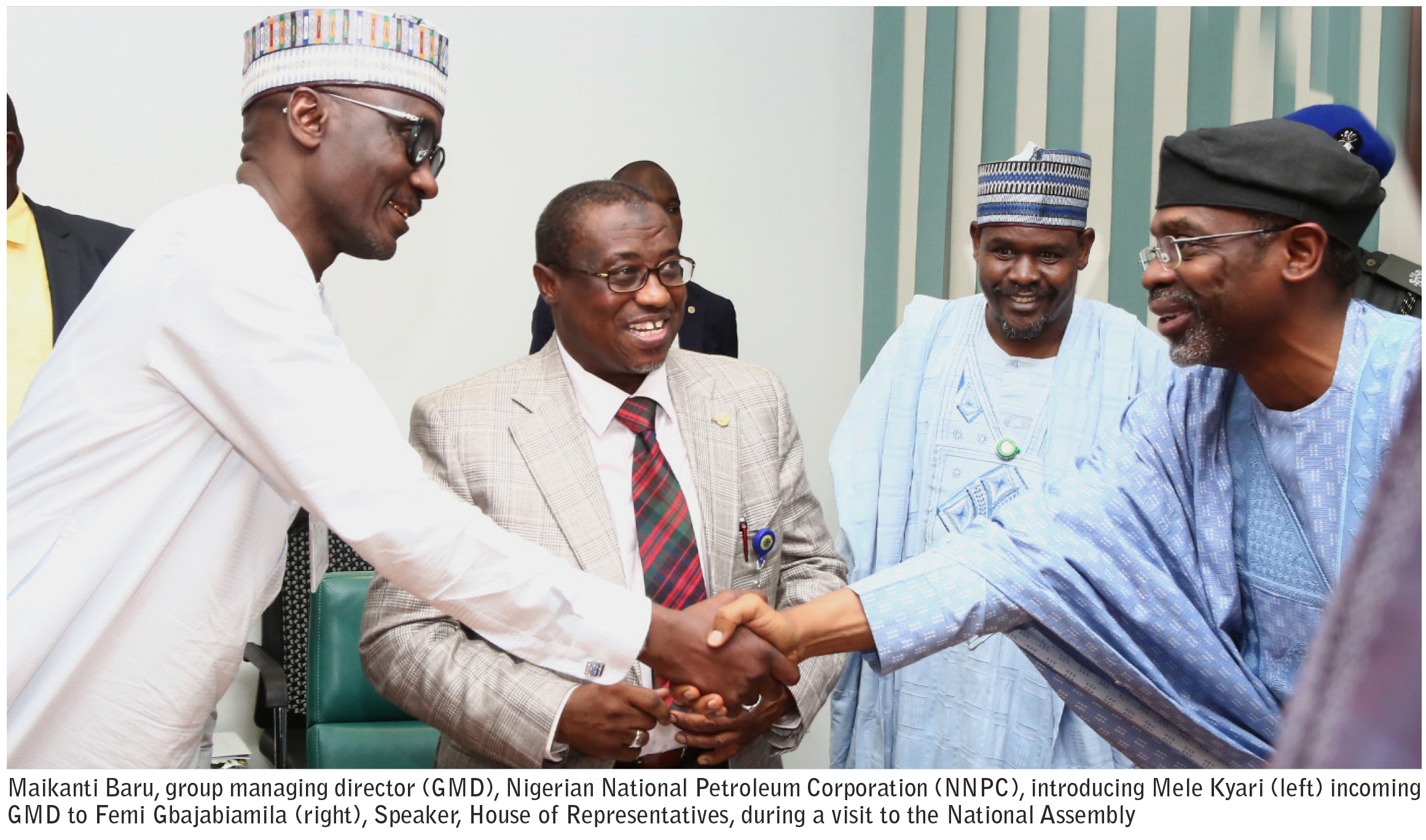 The assurances were given by the speaker, when Maikanti Baru, outgoing
group managing director of Nigerian National Petroleum Corporation
(NNPC) visited him to introduce Mele Kyari, the incoming GMD.

Ndu Ughamadu, group general manager, group public affairs division of
the corporation said in a statement that Gbajiabiamila pledged to get
the National Assembly to work further on the bill to give it a speedy
passage, adding that the Speaker also commended Baru for stabilising the
oil and gas industry during his tenure as group managing director.

“I thank you for working harmoniously with us, there were no fuel
shortages, the usual scandals associated with the oil industry were
absent throughout your tenure,” Gbajabiamila is quoted as saying.

According to Ughamadu, the speaker affirmed the readiness of the 9th
National Assembly to sustain the existing cordial relationship with
NNPC, adding that “as long as oil and gas remains the mainstay of the
economy, we must get the industry right”.

According to the statement, Gbajabiamila described the incoming GMD,
Mele Kyari, as a highly respected industry professional whose reputation
precedes his name, saying “I have no doubt, based on what I have heard,
that you will definitely make it”.

Maikanti Baru congratulated the Speaker on his election, describing him
as the best person to take the House of Representatives to the next
level.

He said NNPC, even after his tenure, would remain focused on delivering
dividends of democracy to the Nigerian people and also sustain
constructive engagement with the National Assembly and other critical
stakeholders.

The GMD assured the Speaker of the new NNPC Management’s capacity to
take the oil and gas industry to the next level.

“I thank you for supporting me, I have no doubt that you will equally
support the incoming GMD. We thank Mr. President for appointing him and
he will surely not disappoint”, he said.

He said the visit was in appreciation of the cordial relationship he had
with the National Assembly throughout his tenure.