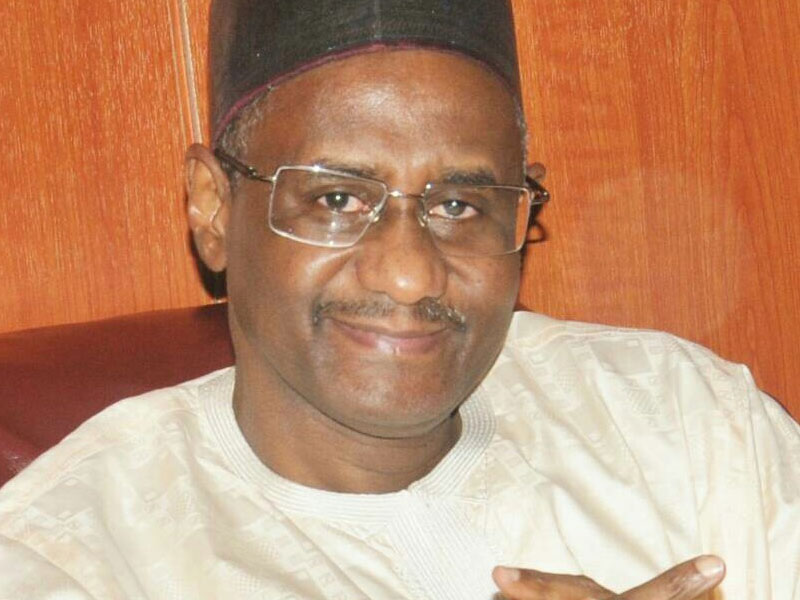 Today, I write about the worsening and never ending insecurity and blood letting in Northern Nigeria (Arewa) and the deafening silence of many of us who should speak up loud and clearly on behalf of our voiceless people.

Nigerian elites amaze me when I see them so fixated on the recent riots in the United States following the death of the African American man George Floyd. For me, the simple message I see in these riots is that America, the most powerful nation on earth, went up in flames because a human life was lost. Also, that the protesters, mostly young Americans of all races were expressing their outrage at this injustice. The beauty of any democracy as imperfect as America’s, is that it allows people to vent their displeasure with their leadership even in messy ways like this.

Back to our country Nigeria and Arewa in particular where mass burials of our people massacred by bandits and insurgents is a common occurrence and where the land is soaked wet with the blood of innocent, unarmed, undefended folks living largely in rural areas that have never had any government presence. Yet, we the elites have become so immunized to this carnage and injustice in our midst that all we do is share the video clips on WhatsApp then recoil back into our shell of fear, docility and nonchalance instead of raising our voices.

We need no reminding that all of us owe these our simple folks and the places we come from, a debt of gratitude we can never repay. Today, we are who we are because of them and the foresight, vision and selflessness of the leaders of the time who invested in us and nurtured us into the productive citizens that we became. The least we can do is to raise our voices against these injustices to them.

President Muhammadu Buhari came into power thanks to the loyal support, trust and goodwill of the masses particularly in Arewa. They gave their money, blood, sweat, tears and for some, their lives to elect him in 2015 and re-elect him in 2019. When he laid sick in hospital in the U.K., millions kept vigil praying for his recovery. The masses simply trusted his integrity and saw in him a leader that would correct the wrongs and set this nation on a path to progress.

The All Progressives Congress (APC) under his leadership, campaigned on the tripod of fighting corruption, insecurity and fixing the economy. Five years hence, corruption is flourishing more than ever before, the economy is in a free fall with the nation drowning in debt with nothing tangible to show for it. People are much less secure today than they were five years ago.

Arewa has for too long made excuses for and given a lot of latitude to this President in spite of all that has been going wrong in their personal lives and the nation partly because they were hoping things would change in his second term. Whereas it was considered almost blasphemous in Arewa to speak up against this government during its first term, the tide is changing very fast all across the region but more acutely in the President’s home state of Katsina where incessant mass killings with impunity by bandits are a daily occurrence. Katsina, the capital city is fast becoming a mega IDP camp sheltering refugees displaced from the 9 LGAs terrorized by these armed bandits.

Arewa today is under siege and terrorized by rampaging bandits and insurgents. They roll into our towns and villages in convoys of motorcycles riding three on each, brandishing AK47 rifles with impunity. They spend hours killing, burning, raping, carting away livestock and abducting women as sex slaves. In many of these villages, they put taxes on the people and keep coming back again and again to attack because there is no law enforcement presence to protect them. The Police or Military always show up after the carnage to count the bodies.

How these bunch of ragtag bandits on motorcycles wielding nothing more than rusty AK47 rifles can roam the land with impunity causing these much deaths and destructions in a nation with a standing Army and Air force should be a reason for serious national reflection on our entire security apparatus. The nation must ask the tough questions of weather the current Military leadership has run out of ideas to get the job done. Nigerians are sick and tired of this blood letting and mayhem and want it stopped now, nothing more nothing less.

I recently watched two video clips that brought tears to my eyes, these videos are a testament to our failings as a society to our own people but, most importantly, of the failure of this government to protect the lives, honour and dignity of those we hold dear and sacred; our women folks and families. Forgive me for being clinical in describing these women’s ordeal but it is the reality of the lives of our women under this siege.

The first video is of a young nursing mother from a village in Katsina narrating how she was raped by armed bandits in front of her husband and teenage son. You could see the silent rage on the face of the teenage son who was standing nearby. Her husband was too distraught and ashamed to be shown.

The second video was of a woman from a village in Borno crying and pleading with the visiting Governor to protect them from Boko Haram. She told him that the insurgents would come to their village several days in a week raping women. You could see the fear and anguish on her face.

From Adamawa to Zamfara, the death toll all across Arewa is mounting. Images of the massacres are too gruesome to watch and the stories from survivors too heartbreaking to hear but, hearing and watching we must, because this is the reality under which our people have been living silently for years. The roll call of the nameless dead are too numerous to count, neither the Federal nor State governments keep any records of the number of people killed, injured, kidnapped, women raped or cattle rustled.

People in the region feel that all they have to show for voting in President Muhammadu Buhari in massive numbers are increasing poverty, death and destruction to their lives and livelihoods and the painful emotional trauma of rape of girls and woman in rural communities. They feel abandoned and unappreciated with no meaningful Federal Government presence in their States and are left at the mercy of these murderous bandits.

The President seems distant, uncaring and out of touch with the sufferings of his largest support base. It has never been in his nature to commiserate or empathize with people in real time in their hours of need. He does not send delegation to condole with the people, or leaders of the communities affected.

Contrast that with the Vice President’s response to the killing in July 2019 of Funke Olakunrin, the 58 year old daughter of Reuben Fasoranti the leader of the Yoruba group, Afenifere. The Vice President flew to Akure, Ondo State to condole the family. He also flew to Zaria, Kaduna State to condole the family of Precious Owolabi, the National Youth Service Corps (NYSC) member hit by a stray bullet in Abuja during a Shiites protest on July 22, 2019.

Governors in Arewa have essentially become Governors of condolences in their States. They all appear helpless with many literally blackmailed into negotiating with these murderous bandits. There is a picture on social media that made me cringe. Though it was touted as a disarmament process with the bandits terrorizing the State, the picture clearly tells who was in charge. It showed the State Governor, a Senior Military Officer and a bandit brandishing his AK47 in the middle. For goodness sake, you do not negotiate with unrepentant rapists, mass murderers, kidnappers, arsonists and cattle rustlers, instead, you bring them to swift justice.

The threat of famine in Nigeria is real and almost certain if the federal government does not take urgent and serious security measures that will protect our people to go back to their farms. In all the States terrorized by these bandits, they choose the most fertile parts of the State to terrorize farmers off their farms. Food insecurity in addition to current insecurity to lives and properties will be a disaster and a serious threat to our National Security and existence as a nation.

AREWA’S MESSAGE TO MR. PRESIDENT:
(a). We are under siege by armed terrorists
(b). Our land is drenched in blood
(c). There are mass burials all over the region
(d). Our women are being raped by bandits
(e). Our people are held captive in forests all across the region
(f). Our Traditional rulers are being killed
(g). Our livestock have been rustled
(h). We have been made poorer by terrorists
(I). Our farmers are not safe to till the land
(j). Our people are displaced to IDP camps
(l). There is growing anger in the land
(m). Now is the time for urgent action.

Arewa’s collective silence to these injustices is a bigger tragedy than the terror and cruelty that these murderers visit daily on our people. In the name of God who created us all, I call on all men and women of conscience to speak up loud and clearly against these injustices and our government’s inability to stop the bloodshed. Let us not forget that we will surely be asked to account for what we did when our people were being kidnapped, killed, maimed, raped, abducted, their houses razed down and displaced from their ancestral homes.

Roadmap to show how to achieve $0.20kWh from electric mini grid technology by 2020