U.S. job growth likely remained strong in May, a further sign of an acceleration in economic activity that would effectively seal the case for an interest rate increase this month despite sluggish wage gains.

Nonfarm payrolls probably increased by 185,000 jobs last month, according to a Reuters survey of economists, after surging 211,000 in April. May’s projected increase would be in line with this year’s 185,000 average monthly job growth.

The unemployment rate is forecast unchanged at a 10-year low of 4.4 percent. It has dropped four-tenths of a percentage point this year. The Labor Department will release its closely watched employment report on Friday, less than two weeks before the Federal Reserve’s June 13-14 policy meeting. 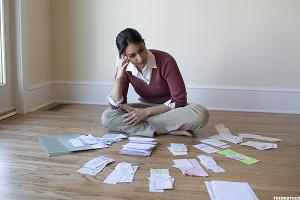 “Another strong jobs report would help the Fed proceed with another rate hike at its June meeting, by supporting its contention that recent weakness in retail sales and inflation data will prove transitory,” said Josh Wright, chief economist with recruitment software provider iCIMS in Matawan, New Jersey.

U.S. financial markets have almost priced in a 25 basis points increase in the Fed’s benchmark overnight interest rate this month, according to CME FedWatch.

Minutes of the Fed’s May 2-3 policy meeting, which were published last week, showed that while policymakers agreed they should hold off hiking rates until there was evidence the growth slowdown was transitory, “most participants” believed “it would soon be appropriate” to raise borrowing costs.

The U.S. central bank raised interest rates by 25 basis points in March. Data on consumer spending and manufacturing suggest the economy gained speed early in the second quarter after gross domestic product increased at a tepid 1.2 percent annualized rate at the start of the year.

The Atlanta Fed is forecasting GDP increasing at a 4.0 percent pace in the second quarter.