BY GRACE ACHUM & NDUKA UZUAKPUNDU
Grace Achum, Ph.D, is a former chairperson, National Association of Women Journalists (Lagos Chapter) and publisher of Business Plus magazine, based in Lagos. Uzuakpundu, a former duty continuity announcer with Radio Nigeria and Voice of Nigeria, Ikoyi, Lagos, is the managing editor, Business Plus magazine. They are both members of the Nigerian Union of Journalists, Lagos Council. 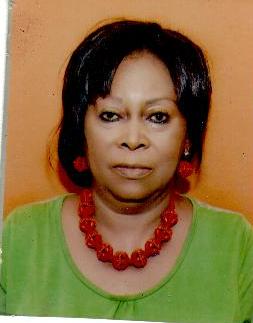 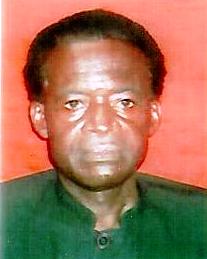 There is a tide in the affairs of men,
Which taken at the flood, leads on to fortune.
Omitted, all the voyage of their life is bound in shallows and in miseries.
On such a full sea are we now afloat.
And we must take the current when it serves, or lose our ventures.
– William Shakespeare
By Shakespearean strategic calculation, the tide in the Nigerian politics has moved, almost with a natural gale force to the South, where the next president of the country should come from. There are not many political juggernauts flowing with it. But, of all the visible ones, Asiwaju Bola Ahmed Tinubu (Jagaban) – ex-senator and ex-governor of Lagos State – is about the only one whose profile is most assuring for the post of the next president of the country in 2023. Tinubu, it’s true, has been nursing the justified ambition to be Nigeria’s president, since the birth of the Fourth Republic, in 1999. His ambition to be elected as the President and Commander-in-Chief of the Armed Forces of the Federal Republic of Nigeria, in the 2023 polls, is one that is made of sterner stuff. 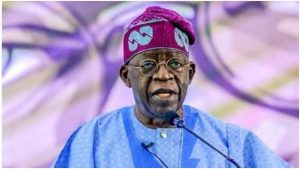 If any presidential election is held today, Tinubu, by the account of some seasoned psephologists, would emerge victorious with about 22.5 percent of the votes – well ahead of about seventeen contestants.
Tinubu’s political allies – and they are quite an intimidating crowd of experienced grassroots politicians, mobilizers of voters, and his recognised unblinking political foes – are in one accord that Jagaban – “the Lion of Bourdillon” – was one of the few Nigerians, who offered sorely-needed moral and financial support, throughout the pro-democracy struggle, at home and abroad, from the mid-’90s, that eventually forced the military to hand power over to democratically elected civilians, in 1999. It is sometimes said that, if it weren’t for the progressive and strategic roles of a seasoned and award-winning generalissimo played by Jagaban, the Fourth Republic would have been painfully unrealistic. What that translates to is that, in fairness to Tinubu and, truly, in recognition of the role he played in the war theatre to compel the military to hand power over to elected civilians, in 1999, future historians – be they of dispassionate conservative hue or liberal temper – would eulogise him. This is an open, self-evident truth.
Some commentators and political scientists, who have studied the strategic role and political significance of Tinubu, in the tedious struggle, in the trenches, in Nigeria and abroad, which culminated in the birth of the Fourth Republic, are of the view that Jagaban is synonymous with Fourth Republic. They point out that there’s no other individual of Tinubu’s political stature, in the race to be the next President and Commander-in-Chief of the Armed Forces of the Federal Republic of Nigeria.
It was in recognition of that unique, pro-democracy role, in the interest of the Fourth Republic, that Tinubu has reaped, well-deserved, massive harvests as a senator and Governor of Lagos State. Those who voted for Jagaban, in those senatorial and gubernatorial races, did so in expression of gratitude to him for his selfless and leading roles in bringing about democracy in 1999. Many of such people, in Lagos State, for instance, say they are ready to vote massively for him, as he aspires to be Nigeria’s next president come 2023.
Most of Tinubu’s political opponents in the race for the presidency, come 2023, know full well that they are far from deserving for consideration to run for the presidency. And that’s because they’re mainly opportunists who want to reap the fruits of democracy, in the Fourth Republic, whose seeds they never sowed; whose stem and leaves they never cared to feed with needed moisture and water; and whose roots, stems and leaves never teamed up with Tinubu – suppose they were latecomers to the vineyard – to protect from ravenous and destructive rodents, especially at night.
All these tend to justify the reasoning that it was a grave political error, on the part of Nigerian voters, not to have voted for genuine pro-democrats, like Tinubu, at all the three tiers of government at the inception of the Fourth Republic.
Perhaps, still, there was the factor of the military, which used state resources to sponsor such shameless opportunists – chiefly to ward off genuine pro-democracy warriors from featuring prominently as the captains of the new democratic era.
Those who are campaigning – unflinchingly – for a Tinubu presidency say they are, indeed, impressed by his strategic and crucial role in toppling the wasteful People’s Democratic Party (PDP), in 2015.
As a seasoned political strategist, who was desirous of a truly democratic change, in the Nigerian political space, Tinubu took the Action Congress of Nigeria (ACN) into an alliance with the All Nigeria People’s Party (ANPP) and Congress for Progressive Change  (CPC). When sweet victory came for the new alliance – All Progressives Congress (APC) – Tinubu, was, yes, naturally, jubilant; jubilant that the incumbent PDP had been booted out after its misplaced and shallow boastfulness to govern Nigeria for sixty years.
He has, since that historic victory, earned the respect of not only the APC, but also a majority of Nigerians in other political parties. It explains why he was made the National Leader of the APC. Tinubu deserves, as a case of merit, to be the next President and Commander-in-Chief of the Armed Forces of the Federal Republic of Nigeria. The past PDP presidents and vice-presidents of Nigeria were imposed on the country not because they took active part – as did Tinubu – in the energy-sapping and patriotic struggle for the emergence of the Fourth Republic.
Tinubu – for his glistening pro-democracy profile – ought to have been the first democratically elected President of Nigeria’s Fourth Republic. Whatever the military did to the contrary – and this is true – was decidedly to spite him for daring and firing from the trenches in favour of democracy.
Write the history of the hard-fought political battles and well-deserved electoral victory, Tinubu’s name would be generously mentioned. If it’s how, for the first time, in Nigeria’s chequered political odyssey, the incumbent was booted out of office, by a rock-solid opposition, dispassionate and conservative historians would present numerous chapters of glowing tributes to Tinubu: the famous political strategist, who has built a strong network in the north of the country; a man with a polished record of winning voters’ hearts. Come 2023, Tinubu is the candidate, whom every other aspirant would wish they could race past.
Today, the political tide in the country, as Tinubu has rightly read, favours his justified presidential ambition. He has decided – as an Olympic gold medalist, of the Shakespearean mould – to take advantage of it. And, as he is sure to breast the tape, before every participant, in the contest, he will be crowned Nigeria’s president – the seventh to be so democratically elected – in 2023. Then, for the first time, the Fourth Republic would be led, deservedly, by someone, who, actually, fought – with heart and might – for its birth.
Businessamlive Website Stats