Africa’s global bank, United Bank for Africa (UBA) Plc, recorded double-digit growth across key income lines as well as significant progress in the contribution from its subsidiaries, according to the bank’s audited financial results for the half year ended June 30, 2022. 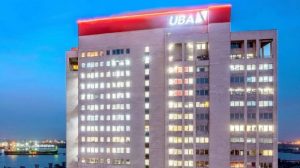 At the end of the first two quarters of the year, the bank was able to deliver a 12.6 percent appreciation in profit before tax (PBT) to N85.7bn, up from N76.2bn recorded in the same period of 2021, the bank’s half-year result filed with the Nigerian Exchange (NGX) on Thursday showed.

Despite numerous business, economic and geo-political environmental challenges including continued supply-chain interruptions due to Covid-19, the Russia-Ukraine conflict, and the resultant rise in prices of global commodities that characterized the first six months of the year, the tier-1 lender delivered impressive numbers, with gross earnings hitting N372.4bn, a solid 17.8 percent growth when compared with N316 billion posted in the same period of 2021.

UBA also saw operating income grow by 20.1 percent to N256bn in the period, while its profit after tax closed the first half stronger at N70.3 billion, up by 16.1 percent compared to the N60.6 billion recorded in same period in 2021.

A further breakdown of the bank’s half-year result showed that total assets continued on an upward trajectory, increasing 5.4 percent to about N9 trillion.

The bank also delivered on its core mandate of extending loans to credit-worthy customers for the overall economic development, as loans and advances increased by 4 percent to N3 trillion; while deposits rose by 7.9 percent to N7.6 trillion at the end of the period.

Shareholders’ funds, however, declined marginally by 2 percent to N788.5 billion, owing majorly to the decline in its foreign operations translation reserve as well as fair value losses suffered from the investment securities valuation occasioned by the increasing interest rate regime across the globe.

Reaffirming its commitment to shareholders and the investing public, the Board of Directors of UBA Plc declared an interim dividend of 20kobo per share for every ordinary share of N0.50 each held by its shareholders.

Alawuba said the bank’s continued focus on its customer-first philosophy to pursue the mission of providing superior value to it’s stakeholders had increased low-cost customer deposits, and boosted the growth of its payment and transaction banking.