Unilever Nigeria Plc, a leading manufacturer of home and personal care products, saw 2021 revenue rise by  35.1 percent, year over year, to N70.5 billion in full-year operations. In the previous year, the company had generated a revenue of N52.21 billion.
The FY21 revenue growth was supported by a 47.1 percent spurt in home and personal care, coupled with a 22.3 percent jump in food products revenue. 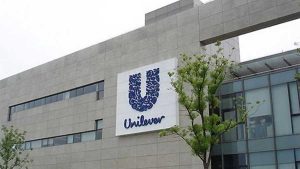 In its full-year financial statements the company filed to the NGX, Unilever Nigeria noted that the robust increase in revenue combined with a relatively lower rise in the cost of sales resulted in a spectacular 711 basis points year-on-year increase in gross margin to 28.3 percent in 2021.
With the solid performance recorded by Unilever, reactions from market investors to the result were restrained as the stock remained unchanged at N14. But with high anticipation for the company’s sustained profitability in the first quarter of 2022, the stock popped 7.30 percent to N14 last Thursday.