U.S. stocks were slightly lower in early trading on Monday as oil prices fell after Arab states cut ties with Qatar over alleged support for Islamists and Iran, while markets mostly shrugged off the weekend attacks in London.

Investors feared that the cutting of ties could hamper a global deal to reduce oil production. [O/R]

The attack in London on Saturday was the third in Britain in less than three months and came at a time when the country is heading for its general national election on Thursday.

Opinion polls in the past week have put Prime Minister Theresa May’s Conservatives ahead, though with a narrowing lead over the Labour opposition.

“We are looking for a mixed to lower session as international and domestic political worries keep investors on the side lines,” Peter Cardillo, chief market economist at First Standard Financial in New York, wrote in a note. 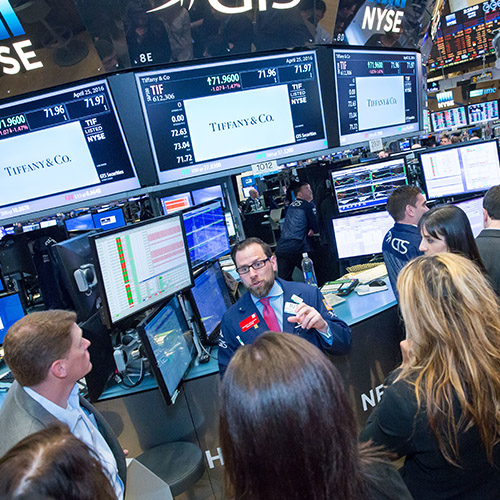 U.S. stocks closed at record levels for a second consecutive session on Friday as gains in technology and industrial stocks more than offset a lukewarm jobs report.

The modest increase, however, could raise concerns about the economy’s health after gross domestic product growth slowed in the first quarter.

Despite the disappointing data, market participants still largely anticipate the Federal Reserve to raise rates at its June 13-14 meeting, with traders expecting a 90.7-percent chance of a quarter-point hike, according to Thomson Reuters data.

The Commerce Department will report factory orders for April, which likely dipped 0.2 percent, while the Institute for Supply Management’s non-manufacturing PMI data for May could drop marginally to 57.0 from 57.5 in April. The reports are expected at 10 a.m. ET.

“On the macro front, the PMI and factory orders are likely to show positive readings with the employment trend index moving to 133.5 as the solid labor market trend continues,” said Cardillo.

Ten of the 11 major S&P 500 sectors were lower, with the energy index’s (.SPNY) 0.32 percent fall leading the decliners.

Shares of Apple (AAPL.O) were down 0.70 percent at $154.38 after a brokerage cut its rating on the stock. There is also a possibility the company will take the unusual step of introducing a new product at its five-day annual developer conference, which begins on Monday.

Herbalife (HLF.N) was down 4.4 percent at $70.72 after the nutritional supplement maker lowered its sales outlook for the current quarter.

TG Therapeutics (TGTX.O) jumped 7.9 percent to $15.00 after the drugmaker’s data from the trial of its experimental cancer drug yielded positive results.