Pig production, also known as ‘piggery’ or ‘pig farming’, involves the raising and management of pigs for consumption and commercial value.

Statistics from the United Nations Food and Agriculture Organisation (FAO), rate pork (pig meat) as the most widely consumed meat in the world, accounting for 36 percent of global consumption, followed by poultry (33 per cent), beef (24 per cent) and goats/sheep (5 per cent). 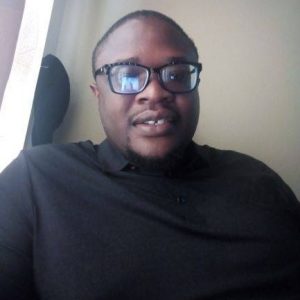 So valuable is pig production that the FAO (2012) described it as an asset of wealth or safety net in times of crisis, when viewed from the economic perspective, serving as a source of protein nutritionally.

Nigeria ranks among the top pig producing countries in Africa and, according to figures by the Pig Farmers Association of Nigeria (PFAN), the country’s pig industry has grown by 40 per cent over the last 10 years with the 2019 production standing at 298,000 metric tonnes.

A study by the African Union Inter-African Bureau for Animal Resources (AU-IBAR) disclosed that the value of trade in pig products around the world runs into billions of dollars annually. However, the study showed that Africa enjoys less than 5 per cent of the economic ‘fat’ generated in the pig farming sector. In addition, 80 per cent of the pork consumed in Nigeria is imported at an estimated annual cost of approximately $3 billion.

The aforementioned statistics point to the fact that pig farming is a buoyant sector with a strong potential to generate billions in monetary value into the Nigerian economy, if given the required attention and investment.

More so, it has been proven by livestock analysts and experts, to be one of the most profitable livestock businesses because the cost of production is relatively low compared to other major livestock farming businesses.

The pig farming expert, currently based in Calabar, Cross Rivers State, discussed the prospects of pig farming in Nigeria, the challenges, unique values, and other issues relating to pig farming and the Nigerian economy. Excerpts:

What inspired you to venture into pig farming and how has the experience been?

Initially, I didn’t do anything related to agriculture or pig farming. I studied Geology at the University of Calabar. When I completed my youth service programme, I started looking for a revenue-related venture and after some research and market surveys, I discovered that pig farming had immense opportunities for any investor. So, I channelled my resources into it. The very first few months of being a pig farmer were not a good story because there’s one thing for you to invest in a particular business and another thing for you to have the passion, the right business information and the mentorship. I started out badly but after a while, I realized that there’s more to piggery than just rearing pigs.  You have to put all the necessary factors of production together and have the passion to do the business.

If I am to describe my experience, I would say it was rough at the beginning but so far, so good, I have been able to turn the tide around.

What is your assessment of the financial and economic benefits of pig farming?

Pig farming is fast becoming one of the most impressive livestock ventures in Nigeria. This is so because on average, pigs are prolific breeders. For instance, someone who started piggery with two females and one male in 2016 would have produced about 400 to 600 pigs by 2020.  Of course this can be possible with the right breed and management.  What makes pig farming very lucrative is the fact that there is always that imbalance between production and demand. So, local capacity at any point in time is never enough. As a matter of fact, my market research, when I started pig farming, indicated that we’re always bringing in pigs from different states into Cross River. People were always demanding for it and production has never been enough. So there is that gap and I feel that no matter how many people come in, we will not be able to close that gap at this point. The demand for pork is relatively high and more people are beginning to see pork as a good source of protein and the mentality that pigs are dirty animals has been continuously debunked and people are beginning to realise that it is a healthy meat to consume.

Recently, pig farmers in the Oke Aro pig farm settlement, reputed to be the largest pig farm community, complained of how the Covid-19 pandemic had affected pig production in their farms, what do you think are the basic actions necessary to revive the piggery sector in this situation?

Firstly, I will use this medium to extend my condolence to farmers who have lost their livelihood as a result of the pandemic. I understand that some farmers even lost their lives due to the mental and emotional stress. It is unfortunate that despite the fact that the pig industry is growing, we have not really had this government attention, serious government attention. I think this is an opportunity to say that the government has a lot [of role] to play.  What the government can do is to see how they can provide credit facilities to verifiable farmers, provide veterinary services at a subsidised rate. And as a matter of urgency, the need to see how to create some kind of biosecurity plans should be actualised. By doing this, you have routine checks on all of these farm communities and create enlightenment programmes because most farmers do not know how to manage the situation. So, the government has to come into this sector, collaborate with farmers, and see how they can provide succour to them.

As an investor in the business, how have you been able to deal with pig production costs, such as feeding, transportation, vaccination, disease surveillance and how has it affected your business?

A lot of people have this mentality that pigs eat anything. However, when you are deliberate about what you are doing, you have to bring all the factors of pig production into full consideration. Cost of feeding is about 80 to 85 per cent of piggery. Out of this high percentage, 40 per cent of the feed have to be sources derived from corn, cassava, potato, wheat, and these things are becoming very expensive. As pig farmers, what we try to do is we try to be innovative with how we feed our animals, we try to be innovative and also go for alternative feeds such as cassava peels which have been discovered to be very good although with quality processing. We ensure that pigs are given healthy feeds to boost their growth and production.

In terms of disease, one of the most disturbing ailments affecting pigs is the swine fever. Once we heard the pandemic was fast spreading, we instigated biosecurity measures, we restricted visitors from our farms, we also ensured that we didn’t bring in animals into the farm, people coming in from the slaughterhouse (abattoirs) would stay at the perimeters as a preventive measure.

Talking about vaccinations, to limit the cost of bringing in veterinarians, we had to train most of our staff to be able to administer most of these drugs as well. So, I think that comparatively, what you need to do is to innovate in whatever strategy you’re doing.

What is your advice for potential investors or those who just delved into the pig farming business and how can they overcome initial anxieties and losses associated with pig farming?

First of all, I don’t want people to make the same mistakes I made when I started my business.  That is why I founded PigFarms Nigeria company to provide information and learning support to people who are just coming into the sector. I think for anybody coming into pig farming, you need to get trained on what the business entails and how to go about it. The training can be done online or in a registered training centre. You also need to get mentorship because there will be problems that will emerge every day in your farm and you actually need somebody to guide you and who you can also learn from.

You would also need to communicate with farmers close to you, so that you know what strategies they have adopted, and see how you can fit the strategy into your own unique scenario. You also need to understand that pig farming doesn’t just end with breeding animals for sale. There are other value chain opportunities that many people don’t know about. So, you can plug into any of these value chains.

Can you expatiate on these value chains?

We have the feed production sector. When processing feeds for piggery, you actually have to mix different food components to have something that makes sense. Many pig farmers do not know about how these components are made and that’s why some of them complain their pigs are not doing well. It is agreeable to a large extent that piggery is growing exponentially in Nigeria. So, it will really make a lot of sense to go fully into food production for pigs. It is a value chain that is yet to be exploited and has huge financial benefit.  Another value chain area is artificial insemination centres that are able to provide quality stock for pig farms. If you have an artificial insemination centre, with little cost access and training, you’ll be able to provide quality boar semen to pig farms which will enable pig farmers to cut down the cost of breeding a male and female stock in a farm. Another value chain is the transformation of pig waste (manure) to produce biogas and energy through the use of biodigesters.

With the high rate of pig importation and the soaring local demand, do you think the Nigerian domestic pig farm sector is capable of actualising self-sufficiency?

Yes, we are on the road to that. As a matter of fact, over the past two years or three years, I’ve seen a number of people come into the sector. Unfortunately, investment in this sector is still very low. We don’t really have large scale units owned by, maybe, an individual or a group of investors who produce 20,000 to 50,000 pigs within the shortest possible time. For self-sufficiency to be actualised, we need to engage in more investments by putting more money into the system. At this moment, it is looking very positive.

What do you think are the basic steps that can be taken by pig farmers, investors, stakeholders as well as the government towards actualising self-efficiency?

As I stated earlier, the government should look at providing credit facilities to pig farmers. This is very important. The government should also look at subsidising veterinary services and making the generic services available. Also, the government should look at creating cluster settlements and create a system that mandates scenic check-ups on all the farms to monitor their progress, which will go a long way in mitigating some of the challenges encountered by pig farmers. We also need pig research institutes that focus on producing hybrid or quality improved breeds of pigs. Instead of us importing these improved breeds from other countries, we can improve our species here, because we have a unique weather condition and we need to work with our local environment.  Investors also have a big role to play. They can venture into any of the value chains I mentioned earlier, one of which is the conversion of pig waste into generating electricity.  The pig farmers also need to be well informed on current developments in the pig farming sector